It feels good to be in the film industry but bearing in mind that the industry is flooded and many actors and actresses are coming up every day, it calls for perfection. We may not have a perfect life but it is possible for us to give our best and always ensure we give more than what is expected of us. This is because, this is the only way of ensuring that you are irreplaceable.

Abigail Disney understood this pretty well and that’s what has helped her survive in the film industry as a documentary film producer. Abigail is also a social activist as well as philanthropist. She is the producer of Pray the Devil Back to Hell documentary. She is also the writer, director and executive producer of The Armor of Light.

It was on the 24th of January in 1960 when Abigail Disney was born as Abigail Edna Disney in North Hollywood, California in the United States of America. Abigail Disney is the daughter of Roy E. Disney and Patricia Ann (nee Dailey). She is the granddaughter of Roy O. Disney who is the co-founder of The Walt Disney Company with Walt Disney her great-uncle. Abigail is not the only daughter of Roy E. Disney and Patricia Ann as she has three siblings named Tim Disney, Roy Patrick Disney and Susan Disney Lord. She is American by birth of White ethnic background.

Abigail is among the lucky few celebrities who have been born and raised in a wealthy family and her parents ensured they gave their children including Abigail Disney the best. The first and the most important thing they did was to enrol her into the best school they could afford at the time. They felt Buckley School was their best choice.

Abigail pursued many degrees and remained in school for many years but she never forgot to take care of her personal life. When she saw Pierre Norman Hauser in the 80s, she knew she couldn’t get any other better man than him. When requested to marry him, she didn’t turn down the offer but she proudly took up the offer. Among all the other decisions she has made in life, this one was among the best. In 1988, the two love birds exchanged their married vows and immediately started the walk of their love life.

The couple has been blessed with four healthy and beautiful babies who are all adults now. The names of their four children is Eamon Hauser, Olivia Hauser, Henry Hauser and Charlotte Hauser. There is however no information of their birth dates or what they are doing with their lives. However, it is clear that Abigail lives a successful life and now reside in New York City and are happy with their lives.

Abigail Disney is a successfully married man and has been in this marriage for more than 30 years now and their four children is enough to prove the success of their marriage. This is also enough to prove that she is not a lesbian.

Abigail turned to film production industry with a documentary film titled The Devil Back to Hell which was direct by Gini Reticker. This was a great film and it was screened in more than 50 countries around the world and it won several awards. In 2007, she united with Gini Reticker to found Fork Films which was a Production Company based in New York.

In 2009, the two partners agreed to partner with Film Sprout to create a Global Peace Tour known as Pray the Devil Back to Hell. This was a grassroots screening tour that took a total of nine months and it culminated on 21st September in 2009 which is the United Nations’ International Day.

Abigail might not be an actress but she has participated a lot in the film industry as a producer. For this reason, she has received many awards and nominations. Some of these include; Global Women’s Rights Awards, Visionary Social Change Award, Legacy Award, International Advocate for Peace Award and 1st Annual Media Awards among others.

Net Worth, Salary & Earnings of Abigail Disney in 2021

Abigail might be very generous with information but she has kept the information of her annual salary and earnings personal. However, one thing that is for sure is that she is well paid as she has a net worth of $130 million as of 2021. All this wealth has been earned from her commitment and passion as a film producer.

Abigail was born and raised in a family who loved and were greatly involved in filming. After meeting Leymah Gbowee in 2006, she decided to also step her foot into the filmmaking industry which turned out to be a great success. 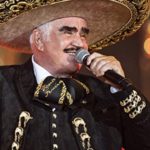 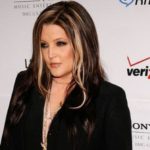