Widely successful for his hit singles like “Hustle Hard” and “Bugatti”, Ace Hood is a famous rapper of the U.S.A. The Best Music Group founded by American record producer DJ Khaled signed him at the beginning of his rapping career.

Hood was born on 11 May 1988 in Port St. Lucie, Florida. His beloved mother brought him up along with his younger cousin Ty Barton Jr. Hood spent much of his childhood in Deerfield Beach. His father was not present during his childhood. He was an ardent football player. However, when he was in the 10th grade, he suffered a serious injury.

The doctor advised him not to pursue a career in football. After realizing that he cannot become a pro footballer, he decided to pursue a career in rapping. In 2006, he collaborated with a local rap group called ‘Dollaz and Dealz’ and produced a single track named “M.O.E.” He participated in talent shows and other events to promote his song.

He completed his schooling at Deerfield Beach High School. He was never interested in studies. As a child, his goal was to become a football player. But after his injury, he had to give up on his dream of becoming a renowned football player. The injury did not break his heart as he found a new dream in the form of rapping. Coming from a low-income family, he had to earn early and hence did not go to college. Instead, he focussed on his rapping career to build a better life for himself and his family.

His adorable twin girls Lyric and Sailor Blu McCollister were born on 25 May 2011. Unfortunately, lyric passed away soon after birth because of health-related problems. He is also the father of an unnamed son from his previous relationship. In April 2019, Hood proposed to his close companion Shelah Marie and they tied the knot on 7 February 2020.

Hood is a believer in God and practices Christianity.

Till now, we haven’t found any valid report claiming that Hood is gay. We know that he has been in relationships with women and is currently married to Shelah Marie. However, he has always expressed himself as a straight man.

Hood’s career gained momentum in 2007 when he bumped into DJ Khaled outside the urban-formatted radio station WEDR 99 Jamz. Khaled asked him to perform a freestyle rap song. He was impressed with Hood’s performance and welcomed him to his music label ‘We the Best’. Soon Hood appeared in the XXL magazine.

On 18 November 2008, Hood released his debut studio album ‘Gutta’. His album received mostly positive reviews from the audience and critics. The album scored a number 38 on the U.S. Billboard Hot 200. The song videos were engaging.

On 30 June 2009, Hood launched his 2nd album named ‘Ruthless’. It was positively received and performed well in the music industry. This album also entered the U.S. Billboard 200 and positioned itself at number 23.

Hood has received many awards as well as an appreciation for his dedicated contribution towards the growth of the hip-hop industry. He has been nominated several times for B.E.T. Hip Hop Awards. His single “Hustle Hard” from the 3rd album Blood, Sweat & Tears have been nominated for the awards. Similarly, his iconic song “Bugatti” was nominated in two categories for B.E.T. Hip Hop Awards.

Hood is a successful rapper and songwriter. He has four memorable studio albums to his credit. His work has been nominated for many awards in different award shows. He grew up in a low-income family, but that didn’t stop him from dreaming of something big. He was able to achieve his dream life through hard work, perseverance and dedication. He had a will to escape poverty and live a comfortable life. Hip hop industry changed his life. He got fame as well as wealth for his work. As of 2021, He is estimated to be worth $6 million.

Ace Hood is a professional American rapper. He has collaborated with other super talented rappers in the hip hop industry, such as Lil Wayne and Chris Brown.

His injury ended his plans to become a footballer, but he was willing to dream again. This time Ace chose hip hop as his new goal, and we are incredibly happy that he succeeded in his dream. 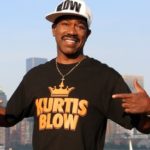 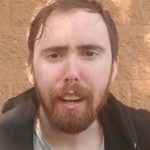