Adam Levine is a famous singer, songwriter and record producer. This American celebrity is popularly known for being the lead singer of the popular pop-rock band, Maroon 5. He kicked off his music career in 1994 where he was part of the Kara’s Flowers band. The band was short-lived after they disbanded following the failure of their only album—the Fourth World. In 2001, they reformed the band to Maroon 5. The band has a record of six albums where each work has positive feedback from the people. Not to mention, the multiple awards.

Adam Noah Levine was born in 1979, March 18th. His place of birth in Los Angeles, California in the United States of America. He is the son of Fredric Levin and Patsy Levine. Fredric is the founder of M. Fredric, a retail chain while Patsy is an admissions’ counselor. His parents ended their marriage when he was only seven years old, which led him to undergo therapy. During his early life, he spends weekdays with his mother and the weekends with his father.

Adam has a brother, Michael Levine. Also, he has two halfsiblings and a step-sister. His half-siblings are Sam Levine and Liza Levine while his step-sister is Julia Bartolf Milne. Adam’s maternal grandfather and father are Jewish while his maternal grandmother was a Protestant. He is Jewish but not religious. Adam is the nephew of Timothy Noah and Peter Noah.

Timothy is an author and journalist while Peter is a writer and television producer. He explains how musical his family is and his biggest inspiration in the music industry is his mother, who directed him in the musical path. He credits various idols such as Fleetwood Mac, the Beatles and Simon & Garfunkel other than his mum.

Adam Levine attended Brentwood School. It was in high school where he met his future bandmates, Mickey Madden and Jesse Carmichael. In an interview, he stated that he was a bit rebellious since music consumed every part of him, and Adam didn’t like the things he had to do. Adam attended College and focused on his music career.

In 2010, Adam Levine met swimsuit cover-model, Anne Vyalitsyna while performing at the Sports Illustrated show. The couple began a romantic relationship which ended in 2012, April in a supportive manner. In the same year, the following month, he started a romantic relationship with Behati Prinsloo, Victoria’s Secret model from Namibia. The two tied the knot in 2014, July 19th where the marriage officiator was Jonah Hill.

Adam and Behati have two lovely daughters, Dusty Rose Levine and Gio Grace Levine. Dusty came into this world in September 21st, 2016 while Gio was born on February 15th 2018.  Also, Levine is a big supporter of LGBT rights and same-sex marriage. And his brother is gay. In 2011, he made a video in his official channel under the “It Gets Better Project.”

In 2013, Adam was involved in a hostile work environment lawsuit in a Los Angeles Superior Court under an unnamed security name. The guard claimed that the Universal Music Publishing Group was leaking of drugs. However, the Company argued that the allegations were absurd and there was no evidence in the matter. During the recent Covid-19 Crisis, Adam, alongside his wife collaborated with Ferrari and “Save the Children,” to raise funds to facilitate the U.S. Education Programs during the tough times.

When it comes to his sexual orientation, Adam Levine is a straight man. He is a married man and is the husband of a model, Behati Prinsloo. The couple has been married for over six years and is parents to two lovely girls. All his past romantic relationships were with female partners. Besides, no rumors are available to suggest otherwise about his sexual orientation.

Adam Levine kicked off his music career in 1994. Along with his friends, Ryan Dusick, Mickey Madden, and Jesse Carmichael formed the Kara’s Flowers band. In the following year, they took their first gig in a nightclub in California. Back then, Levine was performing vocals and playing the guitar. In 1997, they recorded their first album, The Fourth World under Reprise Records. The success rate was low, which led to the disbandment of the band.

Adam left Los Angeles and moved to New York. In the new city, he worked alongside Carmichael, Madden, Dusick, and James valentine to form the Maroon 5 Band. Their debut album was in 2002 where the sells ran up to ten million copies. In 2005, the group earned their first Grammy. The following year, the band began the recording of their second album. In 2007, they released, their second album, It won’t Be Soon Before Long. In the years, the band has released a total of six albums with outstanding reviews.

Adam Levine under the Maroon 5 band Group has received several awards in the music industry. They have three Grammy Awards, an MTV Video Music Award, World Music Award and three American Music Awards. Many fans are hoping to see the band in new projects in the years.

Net Worth, Salary & Earnings of Adam Levine in 2021

As of 2021, Adam Levine net worth is $130 million. He has amassed this huge amount from his over two decades in the music industry. He has been part of multiple projects with powerful music releases. His net worth will rise in the years with the many upcoming projects.

Some Interesting Facts you need to know

Adam Levine starts his career at a young age. But things don’t turn as he expects and his first years are a total failure. However, he never gives up and ends up achieving a lot in the music industry. His life story encourages young people to work hard regardless of the failures they experience in life. 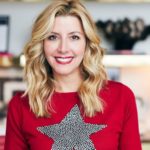 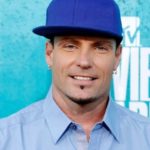