Adam Brett Metzger, more popularly known as Adam Met, is a vocalist and bassist by profession based in the United States of America. Along with his brothers, Jack and Ryan, he started his band that specializes in the Indie-pop genre of music and is named The AJR.

Adam was born on 27th August of the year 1990 in New York of the United States of America to parents, father Gary Metzger and mother Laurie Marvald. He and his siblings Jack and Ryan belonged to a Jewish family and were brought up in Bayside of Queens. After spending a chunk of their childhood at their previous residence, the family later decided to move to Chelsea of Manhattan because their parents wanted to provide them with better opportunities and environments for them to grow up.

When it comes to Adam’s family history, he has been rather open about it to the media, and he revealed that both of his parents are architects by profession and that he is the eldest sibling being four years and seven years older to Ryan and Jack, respectively.

Apart from establishing an impressive career, Adam also has a very impressive academic background. Even though he moved from his birthplace during his childhood, he attended the New York City Lab School, from where he graduated in the year 2008.

Adam then decided to pursue his education. For higher studies, he went to the Columbia University from where he graduated with a bachelor’s degree majoring in Business Management and Philosophy in 2012.

Despite Adam’s openness when it comes to his family, he is not at all disclosive about his dating life. Adam’s good looks and charms compelled his audience to believe that he must have had various romantic involvements to date, which he does not talk about, yet there is no evidence too that can back up such assumptions, which is why they had to be considered vague. Adam hinted through an interview that he is currently single and is not dating anyone; he is devoted to his music career, which is why he plans to maintain his relationship status as a single for being able to focus on his professional life.

There is no information regarding Adam’s dating life that is available to the media, which is why it was not possible to determine the sexual preferences of the musician until he revealed that he is not gay and identifies himself to be a straight person.

Adam started his musical career with his brothers when he founded the band AJR and started producing music in their own apartment. Later around the year 2016, they started performing in Central Park and even Washington Square Park.

The band released albums that garnered worldwide fame and appreciation like I’m ready, which was their debut album and then, Born and Bred, Venture, Infinity, Living Room, What Everyone’s Thinking, Weak, The Click, Neotheater, and 100 Bad days.

Adam as an individual, does not have any awards in his name, yet his band AJR is known to have received the accolade of iHeartRadio artist of the month. The albums that he with his brothers released landed on the Billboards chart several times as well. All these may not be Adam’s personal achievement, yet there is no denying that he had his fair share of contribution towards earning them, which is why they hold a place of significance in his life.

Adam’s net worth is calculated to be around a whopping $2 million, estimated as of the current year 2021. Most of this is generated from his very successful career as a musician. He is also a member of their self-funded band, which has earned quite the fame and appreciation from their music albums, which also contribute in some way towards his fortune.

Adam Met is a very popular and extremely talented musician who, along with his brothers, started his band and went from producing music in the living room of their apartment to working with world-famous record labels. 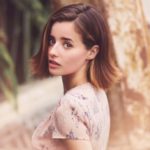 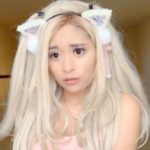