The film industry is one of the biggest industries today, especially in the entertainment industry. Ever since technology was able to allow pictures and sound to be taken and converted into film, the world has really changed for the better. The industry has become one of the most attractive industries in the world with its superstars who are making tons of cash and headlines.

Many people have stepped up in the film industry to prove that they can be as entertaining as they can. This mentality goes across all the genres of film, from action to comedy and even reality TV shows. Speaking of reality TV shows, one name should pop in mind, Adam Richman. Adam Richman is an American actor and television personality who has hosted various dining and eating-challenge programs on the Travel Channel.

While in New York, He attended a “Solomon Schechter” school through eighth grade and later went to Talmud Torah High School. However, he graduated from high school at Midwood High School. Afterwards, he did an undergraduate degree in International Studies at Emory University in Atlanta, Georgia and later got a master’s degree from the Yale School of Drama.

At the moment, Adam Richman does not have any kids and hasn’t been very vocal about his relationship status. However, he is a fan of the New York Yankees in the Major League Baseball, a fan of Tottenham Hotspur in the English Premier League, a fan of Grimsby Town in the English Football League, and a fan of the Miami Dolphins in the National Football League. On 8th June 2014, he represented “rest of the world” team in the annual Soccer Aid match against England at Old Trafford. He was quoted saying that he had lost around 30 kilograms for that match.

No, Adam Richman is not gay.

Starting with his acting career, Richman landed roles on Guiding Light, All my Children, Law & Order: Trial by Jury, and also Joan of Arcadia in 2004. He also appeared in regional theater productions throughout the USA and also on several national television commercials. Richman is a self-educated food expert and a trained sushi chef, he kept a travel journal that includes every restaurant he visited since 1995.

From 2008 to 2012, he starred as the host of Man v. Food on the Travel Channel. He exercised twice a day on the road when doing this show. Richman retired from competitive eating in January 2012 and lost 60 pounds (27Kg).

He was a paid spokesman for Zantac during season 3 of Man v. Food and also wrote, America the Edible: A Hungry History from Sea to Dining Sea, which was released by Rodale Publishing in November 9, 2010. From January 26, 2011, Richman hosted a Man v. Food spin-off series called Amazing Eats, until January 11, 2012. He also hosted the TV series, Adam Richman’s Best Sandwich in America which aired on June 6, 2012, and went on for 11 episodes. Richman was a judge on the British TV series, BBQ Champ and in February 2021, he will host the History Channel series, Modern Marvels.

Adam Richman is an impressive character who is very entertaining. He has really worked hard to become the popular figure we all know and love today. However, after the amazing performances that Adam Richman has given, he hasn’t won any awards yet, but we appreciate him for his effort.

Adam Richman’s career has been quite successful so far and it’s all because of the hard work that he has done. He has been an active actor and television personality for quite some time and therefore, he has made some good money with it. As of 2021, Adam Richman has an estimated net worth of $15 Million.

Adam Richman has established himself as a beloved member of the film industry and we always look forward to what he has up his sleeve. His contribution to the industry has truly been felt, and we wish the best of luck in his future endeavors. 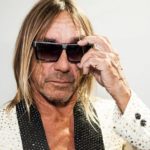 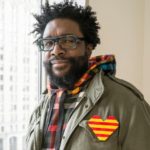