Adama Traoré started his soccer journey at the famous La Masia academy. However, with the senior team loaded up with top class attacking talents including , , and , he decided to try his luck somewhere else and secured a move to Aston Villa. However, he didn’t start delivering consistent performances until his 2nd season with Middlesbrough. He caught the eye of Wolves manager, Nuno Espírito Santo, who decided to make him an integral member of the team that took on promotion to Premier League head-on.

Adama Traoré honed his soccer skills at Barcelona’s famous La Masia academy which he had joined at the age of 8.

Adama Traoré is represented by Promoesport.

Being one of the most exciting players in the English top flight. After having impressed with his sizzling performances in the second division with Middlesbrough, he started leaving favorable impressions with his move to newly promoted Wolverhampton Wanderers.

In October 2013, he made his professional debut with Barcelona B against SD Ponferradina in the Segunda División championship.

In November 2013, he made his debut for Barcelona in a match against Granada CF. He was sent in as a replacement for Neymar late in the 2nd half in his side’s 4-0 win.

In August 2015, he made his debut for Aston Villa in a match against Crystal Palace.

In September 2016, Adama made his first appearance for Middlesbrough in a Premier League match against Crystal Palace. He was substituted in for Cristhian Stuani for the last 9 minutes in his side’s 1-2 home defeat.

In August 2018, he made his professional debut for Wolverhampton Wanderers in an away Premier League match against Leicester City. He played the entire 2nd half in the right wing position.

Apart from spending hours on soccer training with his team, he also pays a special attention to his gym workouts. He has managed to add a significant muscle mass to his physique through his and conditioning regime, which has helped him improve his game by adding power and strength to it. 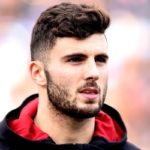 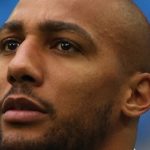