Aditya Seal is an Indian model and actor who came to limelight with his film debut Ek Chhotisi Love Story (2002) at the tender age of 14 where he played the teenager Aditya infatuated with . He gained further recognition after appearing in several other movies like Tum Bin II (2016) as Shekhar Malhotra, Namaste England (2018) as Samar Singh and Indoo Ki Jawaani (2020) as the male lead Dev Sharma. He has also starred in numerous web series including Fittrat (2019) in which he portrayed the role of Veer Shergill and has featured in a number of music videos such as Dancing Doll (2019).

He has appeared in the commercials for several brands such as Vivo and Dairy Milk Silk Oreo. 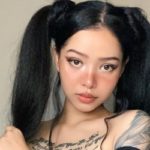