Adore Delano, born Daniel Anthony Noriega, is a popular drag queen, television personality, singer, and songwriter. Her first appearance on National TV was at the American Idol in its seventh season in 2008. Later she took part in RuPaul’s Drag Race the sixth season, where she competed as Adore Delano became position three. In 2019, New York-based judges placed her at the sixth position in the most powerful American drag queens. Currently, she owns three studio albums, including After Party, Whatever, and Till Death Do Us Party.

Daniel Anthony Noriega was born in Azusa, California, in the United States on 29 September 1989. She grew up in Azusa. Adore Delano is a private person and rarely speaks a lot about her childhood; hence, her information is rare.

Like her early life, she keeps most of her educational background private. However, Delano joined the Sierra high School, which is a continuation institution for at-risk teenagers

Adore Delano came out as gay when she was twelve years old and in 2012. In 2017, Noriega had been using non-binary pronouns and utilized both he and she pronouns. She once announced that gender isn’t something real but something the society came up with to control people.

Celebrities have fans that promote their work and are part of their lives since they follow their idols’ social media accounts, attend their concerts, and many more. One of the most popular things fans love learning about celebrities includes their sexuality and partners, which is the same case for Adore Delano. This American-based celebrity is openly gay since she was twelve years old.

In 2008, Adore debuted her career in TV, where she appeared in the American Idol show for its seventh season. She rose to fame after she successfully made it to the semi-finals. Delano was popular in the show thanks to her rapport with the show’s judges, especially her comment towards Simon Cowell. After her days in the American Idol show, she was invited to several popular shows to perform, including the R Family Vacations and Ellen DeGeneres talk show.

Later she kicked off a career on YouTube as an internet personality where she started performing skits in drag. A year after her work in the American Idol show, Adore released a music video for the song, 24/7. Her interest in drag competition rose after watching a contestant, Raven, perform in a West Hollywood-based club. She later entered a drag competition in the club and was crowned the winner, and she started performing as Adore Delano.

As part of the RuPaul’s Drag Race contestants, Delano was part of the 2013 Los Angeles Fashion Week. In the same year, in December, Logo mentioned that Delano would be part of the RuPaul’s Drag Race season six as one of the fourteen drag queens. She finished at position two and immediately released a single DTF, the leading song of his Till Death Do Us Party album. Her album was later released in 2014 on 3 June where he took the three positions in the American Dance Albums Chart.

Her second album, After Party, was launched on 11 March 2016, with its first single released in February. Later, she was mentioned as one of the season two contestants of RuPaul’s Drag Race for all stars but chose not to take part due to personal reasons. Her third album was out by 18 August 2017. Two years later, she guest-starred in the Season eleven Drag Race premiere. In the same year, she took part in the Gay Times cover edition. Adore later took part in the Ex on the Beach series for its fourth season, starring Adore and Danny.

Adore Delano is a great entertainer in American history and is one of the top drag queens of all time. As a result, she is well-appreciated by millions for her work. In 2014, she won the Drag Queen of the Year award for her excellent performance

Net Worth, Salary & Earnings of Adore Delano in 2021

As of 2021, Adore Delano’s net worth estimates to $1 million. She has amassed this net worth from the many ventures throughout her career as an entertainer. Delano has three albums; she has taken part in several shows and took part in several drag race competitions.  This amount will rise with time as Adore continuous working hard in her career.

Adore Delano is among the celebrities who have worked hard to get to the top in the entertainment industry. Her journey was tough, but she has emerged victorious and earned a name for herself. Her story encourages young girls to work hard to achieve their dreams and keep pushing forwards despite the fails. 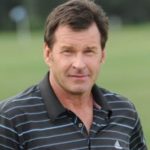 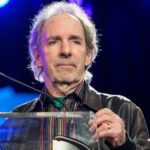