Aggy Abby is an American social media influencer, YouTuber, YouNow personality, and Instagram star who has gained popularity by hosting several events in the United States and has also accrued a huge online fan base by uploading her videos and pictures on several social media platforms.

Note – Aggy Abby mothers a son named Rico who was born in May 2018.

She has either endorsed or promoted a variety of brands through social media and some of them are Kickzr4us, Ethika Girls, Off-White, Fashion Nova, and boscia. 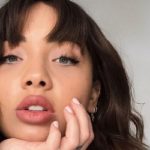 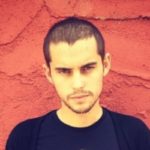