Aishwarya Rajesh is an Indian actress who shot to fame playing the role of Amudha in Attakathi (2012). She gained further recognition appearing in several other Tamil films including Vada Chennai (2018) co-starring Dhanush and her solo film Kanaa (2018) where she played the part of a female cricketer. Aishwarya debuted in Malayalam cinema with Jomonte Suvisheshangal (2017) and made an appearance in Bollywood in Daddy (2017) with Arjun Rampal as her on-screen partner. She has amassed a fanbase of more than a million followers on Instagram and more than 1.5 million followers on Twitter.

After that, she went to Ethiraj College for Women in Chennai, graduating with a B.Com degree.

She apparently dated a boy during her plus 2 in school but the relationship did not work out. She was again in a relationship with another person a few years later. However, they broke up.

She often tends to dye her hair ‘Dark Brown’ and ‘Light Brown’.

She has endorsed numerous brands such as Fair & Lovely. 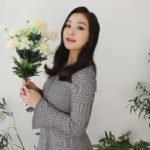 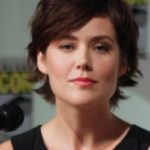