Alain Delon is a French actor, producer, writer, voiceover artist, and businessman who is considered one of Europe’s most prominent actors and has worked in a multitude of on-screen projects including Teheran 43, The Joy of Living, Plein Soleil, Any Number Can Win, The Leopard, The Yellow Rolls-Royce, Rocco and His Brothers, The Black Tulip, Monsieur Klein, L’Eclisse, Lost Command, and Le Samouraï. Also, he was honored with Honorary Palme d’Or at the 2019 Cannes Film Festival.

He divides his time between his residences in –

Alain Delon is represented by –

He is of French and Corsican Italian descent on his father’s side and has German and French roots on his mother’s side.

Dark Brown (during his younger years)

His hair has turned gray with advancing age.

He has appeared in the TV commercials for Omnitel cellular communications, Mazda Capella, Renown D’Urban, etc. 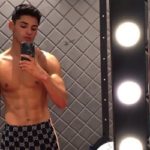 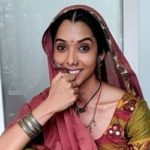