Alan Arkin, whose full name is Alan Wolf Arkin, was born on the 26th of March 1934 in Brooklyn, New York, U.S. to parents, David I. Arkin and Beatrice Arkin (previously, Beatrice Wortis). His father worked as a set designer while his mother worked as a teacher. His parents moved to Los Angeles when he was just 11 years old. His parents were accused of being communists during the 1950s. His father was fired when he refused to share his political views.  David fought against the decision all his life but received vindication only after his death. Coming to his siblings, he has a brother named Bob Arkin.

Alan Arkin received his education from Los Angeles City College in the period between 1951 and 1953. Apart from that, he has also studied at Bennington College.

Alan Arkin married Jeremy Yaffe in 1955 but the relationship ended in divorce 6 years later in 1961. Adam has two sons with her, Adam Arkin and Matthew Arkin, both of whom are popular actors. He then married popular actress Barbara Dana in 1964. The marriage ended in divorce three decades later in 1994. Their son, Anthony Arkin is a famous actor as well. He married Suzanne Newlander in 1996 and the two have been together ever since.

Alan Arkin began his music career as part of the folk music group, “The Tarriers”, which he formed with a couple of his friends. He served as both guitarist and singer of the group. One of the greatest achievements of the group was serving as a co-composer of the popular 1956 hit, “The Banana Boat Song”.

Just like the previous time, Alan landed an academy award nomination as well. In 2006, he starred in the comedy film, “Little Miss Sunshine” which got him an Oscar win in the category of Best Supporting Actor. In 2012, he starred in the drama film, “Argo” which was a massive critical success and earned him an Oscar nomination for Best Supporting Actor as well.

Apart from that, Alan is a successful director as well. He has served as a director for the 1969 children’s short film, “People Soup” which was a critical success. He has also directed the movies, “Little Murders” (1971) and “Fire Sale” (1977). Alan is into writing as well. He has authored various popular books and memoirs including, “Tony’s Hard Work Day” (1972) and “An Improvised Life” (2011).

Net Worth, Salary & Earnings of Alan Arkin in 2021

As of 2021, Alan Arkin has garnered a net worth of $20 Million. He has garnered most of his earnings from his acting career. His first major role was in the 1966 comedy film, “The Russians Are Coming, the Russians Are Coming” which led him to an Academy Award nomination and so did his performance in the 1968’s, ”The Heart Is a Lonely Hunter”. He did however win an Oscar for his performance in 2006’s “Little Miss Sunshine”. Besides, he is a successful director and author as well.

Alan Arkin has been an amazing actor and his work shows that. With that being said, we wish him the best of luck for all his future endeavors and hope he keeps entertaining us like he always has. 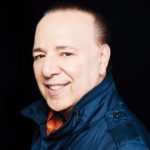 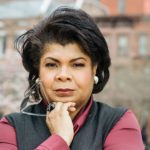