Alberto Ammann is a Spanish- Argentinean actor who was born to a journalist, politician and writer Luis Alberto Ammann and his wife Nelida Rey in Cordoba, Argentina. He is known for working in movies and TV shows such as Narcos and Celda 211.

Alberto Ammann Rey was born to Luis Alberto Amman, Argentinean, and Nelida Rey, who is Spanish. He is of Argentinean nationality, born on 20th October 1978 under the zodiac of Libra. He moved to Madrid in Spain with his parents at the age of one to escape the last military dictatorship in Argentina. He and his family returned to Argentina in 1982.

After many years, he went back to Spain for his studies. Alberto’s childhood mainly had been full of chaos and much of moving here and there, affecting his early schooling and primary education. This continued until he shifted back to his own country when he was almost a teenager and could finally settle peacefully.

He studied acting in the school of Juan Carlos Corazza and learned theatre in Theatre Seminary Jolie Libois in Cordoba. Ruben Andallar, Willy Lanni and Ricky Celoabos were among his teachers. He finished his primary education and high school in Spain.

Alberto Ammann’s father, Luis Alberto Ammann, was a journalist, politician and writer. His mother is Nelida Rey. Not much has been known about his personal life apart from all the shifting he had faced when he was a child. Alberto is currently living in Argentina’s Cordoba. He is currently pursuing his career in acting. He is currently single and unmarried. He is not dating anyone and has no children. It was rumored that he was gay because of his marital status, but nothing has been proved about his sexuality.

He has not revealed much about his personal life, likings or interests of any sort. Apart from his professional career, he likes spending time rehearsing in the theatres. Alberto is currently 42 years of age.

It was once rumored that Alberto Ammann is gay after he had done the series Narcos, but no evidence has been found about it as he keeps his personal and love life way away from paparazzi and social media attention. Also, he is unmarried without any children or a girlfriend that added to the rumors. But the rumors soon had come to an end as no evidence was found.

Alberto Ammann is an actor who works in movies, theatres and series. His first film was released in 2009. It was a Spanish film named Cell 211 where he played the role of a prison guard, Juan Oliver, who was mistaken for a prison inmate when the prison was being taken over by another inmate named Malamadre.

In 2010, he played the lead role in the movie Lope as the Spanish Playwright and poet Lope De Vega. He starred in a Chanel commercial that aired in Hispanic nations from 2011 alongside Keira Knightley. From 2015 to 2017, he played the lead role of a gay Cali Cartel member named Helmer Herrera in the Netflix series Narcos which aired again on Netflix for the second season from 2018 to 2020.in 2015 he starred as Javier Delgado in the National Geography mini-series Mars. He played the role of a hydrologist and geochemist.

In 2017 he played the lead in the Netflix series Apaches, an adaptation from Miguel Saez’s book Apaches, where he played the role of Miguel, the protagonist, a young stanch journalist. Apart from these, he has done movies like Eva, Invasor, Combustion, Mindscape, Betibu, The Debt, Tesis Sobre Un Homicidio, Lazaro, etc. And series like Plan America, No Soy Como tu, La princesa de Eboli, etc. Alberto has done theatres like Las Brujas De Salem and Paria.

Net Worth, Salary & Earnings of Alberto Ammann in 2021

Alberto Ammann’s net worth, according to 2021, is $2 million. His main source of income is acting in movies, theatres and series.

Alberto Ammann Rey now, 42, is continuing with his career as an actor and theatre artist in acting and theatres and has signed for upcoming movies and series. He is also keeping up well in his personal life alongside his professional career. 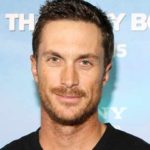 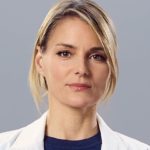