Alex Morgan is a professional football player who most recently played for English FA Women’s Super League club Tottenham Hotspur. She plays as a striker for her club and national team and boasts an excellent goal scoring record. She also served as the co-captain of the U.S. Women’s National Soccer Team with Megan Rapinoe and Carli Lloyd till 2020.

Her professional career began soon after she graduated from the California Golden Bears. Throughout her career, she has played for several massive clubs worldwide, winning lots of trophies. She has also signed some million dollar endorsement deals with brands such as Nike and Adidas.

Alex Morgan was born in San Dimas, California, the U.S., on July 2, 1989, to parents Michael T. Morgan and Pamela S. Morgan. She has two sisters, Jeni Morgan and Jeri Morgan. She spent her entire childhood in Diamond Bar and spent her time playing soccer.

Alex Morgan attended Diamond Bar High School, where she displayed her speed and sprinting abilities. She was signed by Cypress Elite and won the under-16 Coast Soccer League. When she was 17, she suffered an ACL injury and therefore couldn’t play for several months. She attended UC Berkeley, from where she graduated with a degree in Political Economy. She joined the college right after completing high school. During her time there, she played for the California Golden Bears.

Alex Morgan is married to fellow footballer Servando Carrasco since 2014, has been dating him since 2007 when they met at UC Berkeley. She gave birth to their first daughter, Charlie Elena Carrasco, in 2020. She is vegan and was crowned the Most Beautiful Vegan Celebrity in 2019 by PETA.

Alex Morgan has been in a long-time relationship with footballer Servando Carrasco, and they even got married in 2014. The couple also has a daughter. There is no proof that suggests that she is not straight.

Alex Morgan made her debut for the senior U.S. Women’s team in 2010 when she played as a substitute against Mexico. She scored her first international goal against China that same year. She became the youngest U.S. player ever to play in the 2011 FIFA Women’s World Cup, where the team won a silver medal. She scored her first goal and provided her first assist in the World Cup Final against Japan.

In 2012, she joined Seattle Sounders but only played thrice. She won the Olympic gold medal with the U.S. team in 2012. The year proved to be a successful one for her as she scored 29 goals and assisted 21 times, winning the U.S. Soccer Female Athlete of the Year. In 2013, she became the CONCACAF Female Player of the Year and also joined Portland Thorns F.C., playing for them till 2015.

She joined Orlando Pride, and the same year she won FIFA Women’s World Cup with the U.S. national team. In 2017, she moved to France and joined Olympique Lyonnais. She soon moved back to Orlando Pride, playing for them till 2020. She has been very successful for her national team, for whom she has won many tournaments and has played 170 times for them.

Net Worth, Salary & Earnings of Alex Morgan in 2021

As of 2021, Alex Morgan has an estimated net worth of $4 Million. Most recently, she was receiving an annual salary of around $500,000. She has earned most of her fortune from her career as a professional soccer player. She has also earned some portion of her wealth from endorsement deals with countless big-name companies such as Nike, Coca-Cola, etc. She has also made appearances in films and television shows.

Alex Morgan is a global superstar who has become an inspiration for many young girls around the world who want to play football professionally. She has become a legend in women’s football, and her awards and achievements prove this fact. She will go down in history as one of the finest players in women’s football. 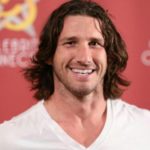