Alexander Albon is a Thai-British professional racing driver who began racing at a competitive level from his early teens and made waves after finishing 3rd in the 2014 season of the Eurocup Formula Renault 2.0 championship. Two years later, he turned heads again after securing the 2nd position in the GP3 Series (the 3rd tier of Formula One feeder championship). In 2018, he stood 3rd in the FIA Formula 2 Championship and was handed a contract to race in the premier Formula One tier by Red Bull Toro Rosso Honda which made him only the 2nd Thai racer to compete at the Formula One level. Halfway through the season, he was promoted to the senior Aston Martin Red Bull Racing team and after finishing his rookie season in Formula One in a creditable 8th position, his contract with the team was extended for the following season.

Alexander has raced for –

Alexander has served as the ambassador for brands such as –

He has been sponsored by brands such as – 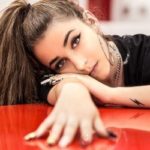 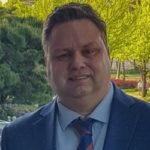