When you are good in what you do, life seems to open up more doors and opportunities for you that you never dreamt of. This is what we call Karma giving back to you what you genuinely work for and deserve. One of the people who have lived to be a witness of this is Alicia Acuna. Alicia is today a well-known news anchor and reporter on Fox News Channel thanks to her hard work and passion in her profession.

It is many reporters and news anchors who dreams to set foot in Fox News Channel but unfortunately, many have even retired from the industry without getting that opportunity. However, for Alicia Acuna, she did not work hard to reach this opportunity. All what she did was give her best in what was expected of her. In the process, she attracted APTRA reporter of the year award as a runner-up in 1997. This is when Fox News Channel noticed her and offered her the job.

Our gifted news anchor and reporter celebrates her birthday every 27th if May since 1970 as the day she came to planet earth. Her parents at that time were residents of Whittier, California in the United States of America. Although she has not revealed the names of her parents, she has given a lot of information about them.

Some of the information we have within our reach is that her parents consider themselves Chicanos. On the other hand, according to Alicia, she is a second or third-generation Mexican-American girl and a very proud Latino girl. When it comes to her siblings, there is no information about them and although there has been rumors that she has a sister, it has not been confirmed yet.

Alicia enjoyed the beauty of being in a complete family most of her childhood years. Unfortunately, when she first hit teenage (13 years of age), things didn’t work out so well between her parents and therefore, they decided to go their separate ways. After her parents’ divorce, she was left under the care of her mother who was living in Arizona at the time. Luckily, she had a great dad who cared about her. Therefore, every holiday, was spent in Southern California as it is where her father lived.

Alicia was born in California but most of her childhood years were spent in Arizona and especially after her parents’ divorce. This is also where she school. For her high school, she is a graduate of Tucson Magnet School and she graduated in 1988. After graduating from high school, she joined Northern Arizona University from where she graduated in 1993 with a Bachelor’s degree in Journalism and Broadcasting. She was actively involved with University TV during her college years.

Many celebrities like keeping information about their love life away from the public. This is however not the case with Alicia Acuna. Alicia is a married woman and has been married to Brian Daniel Boyd since April 2004 which is almost 20 years ago. The couple has been blessed with two kids; a boy and a girl. Their girl named Sofia Boyd is the firstborn and she was born in April 2004 and their son Mario Boyd is their second born and they welcomed him in 2006. At the same time, Alicia is a stepmother to three other kids from Brian’s previous marriage.

Alicia has been married to Brian for more than 16 years which is enough to prove she is not a lesbian.

Acuna’s career started off as an assignment editor and later conducted a fellowship held at CBS News national headquarters. This was followed by her position as a weekday reporter and anchor for KSEE-TV (NBC) based in Fresno, California. Later, she joined KGET-TV (NBC) as a weekend news anchor and reporter before finally joining FOX News Channel where she has worked for more than 20 years now.

Net Worth, Salary & Earnings of Alicia Acuna in 2021

Although she was the one in charge of covering Denver Democratic Convention in both 2008 and 2012, it is still not clear whether she is a registered Democratic Party member or not. 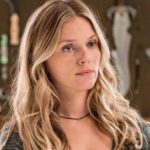 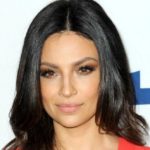