She is represented by World Wrestling Entertainment (WWE). 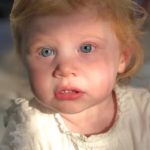