Alina Baraz is a singer-songwriter who rose to fame after the release of her first EP, titled Urban Flora, for which she collaborated with the Danish electro-musician, Galimatias, in 2015. She has also released some singles which include Drift, Pretty Thoughts, Make You Feel, and Fantasy. The singer is already a well-known name in the music industry and has over 200k YouTube subscribers and over 500k Instagram followers.

She attended college briefly and soon dropped out to pursue a career in singing.

Her EP titled Urban Flora for which she collaborated with Danish electro-musician, Galimatias

She has also provided vocals to singles such as Drift, Pretty Thoughts, Make You Feel, Fantasy, Electric, Gone, Lavender and Velvet, Buzzin, and Down for You. 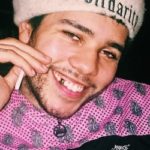 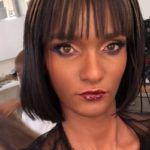