Amare Stoudemire is an American based basketball coach and a former player. He is currently working as a player development assistant for the Brooklyn Nets of the National Basketball Association (NBA). Amare has received several awards for his performances. He has played for the Suns, the New York Knicks, the Dallas Mavericks and the Miami Heat. His parents got separated, and his mother decided to marry her new boyfriend after the divorce.

Amare Stoudemire was born to Hazell and Carrie Stoudemire on November 16, 1982, in Lake Wales, Florida. His parents decided to get separated when he was young. His mother worked in agriculture and kept migrating from Florida in the orange season to upstate New York during fall to pick apples. He has one brother, Hazell Jr. He also has a half-brother Marwan, from his mother’s second husband, Artis Wilmore. Amare’s father died of a heart attack when he was just 12.

Amare started playing basketball when he was 14 and then kept playing for various schools and teams.

Amare Stoudemire attended Lake Wales High School in Lake Wales, Florida. He had to move between five high schools in two states six different times because his mother had problems with the law. She went to the prison for many times for petty thefts and forgery. He kept playing in all the schools, but sometimes his year was cut short due to academic ineligibility. Finally, he graduated from Cypress Creek High School in Orlando, Florida, in the year 2002. He was always bullied in schools due to frequently moving in and out.

Amare was also excellent at football. He was coached by his father and imagined himself a star receiver. He was listed as No. 1 player in the nation when he was in senior year in 2002.

Amare Stoudemire married Alexis Welch on December 12, 2012. The duo started dating in 2002 and got engaged in May 2012. They got married at their Greenwich Village apartment rooftop. He has four children, Are, Amar’e Jr., Assata, Alijah. Amare is Hebrew from his mother, but he has raised a Baptist. In March 2019, he received Israeli citizenship and named himself Jehoshaphat. On August 26, 2020, he formally converted to Judaism with a Rabbinical Court.

Amare later purchased a 185-acre farm at Hyde Park, New York to spend time with his family on weekends and during his off-season. The farm also includes a 2066 sq ft log home.

Amare Stoudemire has no past records of being a bisexual or gay. He has dated Serena Williams, Ciara, and Rocsi Diaz in the past. Amare was once rumored to be gay, but the rumors were turned false later on. But since he got married to Alexis Welch, he has never entertained any affairs or outside relationships. They are a very happy couple and like to stay in their own serenity with their four children.

Once Amar started off with his career, there was no stopping. In his rookie season, he scored the highest score by a prep-to-pro player. He became the first-ever player out of high school to win the NBA’s Rookie of the Year Award. After that, he won many awards for his performance.

Unfortunately, he had to undergo a microfracture surgery due to damage in knee cartilage on October 18, 2005. He could not play for that season. He resumed his game in the 2006 USA Basketball camp in Las Vegas.

In February 2007, Amare attended the 2007 NBA All-Star Game. He had already announced that he would play the all-star game in his first season after the knee recovery. He played in the FIBA Americas Championship in the year 2007, but he left the national team for the 2008 Olympics.

Amare made Suns to the All-Star Team. The Suns got their new coach Terry Porter, under whom they struggled in 2008-09 and lost five games in a row.

Amare worked as a player representative in the 2011 NBA lockout for the Knicks. He appeared in ESPN First Take in October 2011.

On October 30, 2020, he started working for the Brooklyn Nets as a player development assistant.

NBA’s Rookie of the Year Award.

He won the Israeli Basketball Premier League champion in 2002.

Net Worth, Salary & Earnings of Amare Stoudemire in 2021

As of 2021, Amare Stoudemire’s net worth is $80 million. When he was in the NBA, he earned a salary of $160 million and built up the net worth he stands today. Over the years, Stoudemire has served as a player, a coach, working at the NBA, played in many tournaments and local leagues. It is no doubt he has such a perseverance and dedication towards basketball which reaps him the fame and net worth he has achieved today. And he doesn’t seem to stop anytime soon.

He was also the starter in the 2009 All-Star Game for the West.

Amare was also the first Knick since Patrick Ewing to start an All-Star Game. 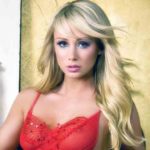 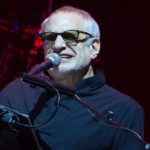