Amber is popularly known for her role in the reality Television series 16 and pregnant in 2009. The reality show documented the pregnancies and first months of motherhood for several teenage girls. Later she got an opportunity to feature in the spin-off series ‘Teen moms, in which she appeared four times before the end of 2012.

Amber Portwood was born on 14 May 1990 in Anderson, Indiana, United States. She took Birth in the Household of Shawn Portwood Senior and Tonya Portwood. Her parents supported her, but she was never serious, she could have lived a happy life, but somehow she messed due to a lot of misjudgments. Amber has a brother known as Shawn Portwood junior and a sister Candance Portwood.

Amber attended a high school, but it seems she was not passionate about education. She got pregnant at an early age in her High School days, and that prompted her to drop out of school. She has never been interested in education as she did not venture much into education. She decided to chase her dreams to become an actress.

Amber has come a long way since her teenage days when she was pregnant at a young age. To begin with, the relationship has not really worked on her side. She was first in a relationship with Gary Shirley at the age of 16, and the two lovebirds were expecting a child in 2008. Later she struggled to juggle motherhood with teenage social life.

After some time, problems began in their relationship, and she eventually went to star in ‘Teen Mom’, and this caused more problems in the relationship such that it became more unstable, and after some time, they broke up for good and bean navigating co-parenting life.

She has highs and lows for 16 years. After the break-up with Gary, she began dating again in 2013. She dated amateur Dj Matt Baier, and the relationship was stable that they almost got married, but unfortunately, they broke up. Later she went ahead and dated Andrew Glennon, with whom they bore a child in 2018.

Unfortunately, relationship problems began again, and in July 2019, Amber was arrested and accused of domestic violence, and she ended up serving 17 months imprisonment. It was rumoured that it was not the first time to be arrested due to domestic violence. She was said to have the same problem in the previous two relationships.

In 2011, she was once again arrested for violating probation, and after being taken to court, she decided to serve five- year sentence. Instead, she went ahead and complied with a court-ordered drug program, and she went into rehabilitation for two years.

Despite a rocky relationship with the law, Amber is currently focused and ready to move on. It is said that they are back with their first lover Gary, they are on good terms and committed to serving one another afresh. She has faced plenty of turmoil but hoping she will be transformed soon.

As far as sexual orientation is concerned, Amber is not a lesbian or bisexual she is straight. She has two lovely children.

Amber began her career in the film industry in the year 2008.it is only 12 years since she began where she appeared in her first Television show, which was called ’16 & Pregnant’. The series made her famous to members of the public and made her star rise very first. She later featured in another series by the name ‘Teen Mom’, but for a long time, she has not been able to come back in film industry again in her career, but she is an entrepreneur currently running her business; she has a big boutique shop.

Ember has not received awards till now, but she has so many achievements in her life

Net Worth, Salary & Earnings of Amber Portwood in 2021

As of 2021, the estimated net worth of Amber is $20 thousand. This wealth has been generated from her career as an actor in the film industry. It is said that she was paid a whopping $280,000 for acting ‘Teen Mom’ in 2011. Unfortunately, her net worth was reduced by drug abuse. Nevertheless, it has risen again currently after launching an online boutique.

It is true we are not talented and blessed the same, Amber didn’t venture into education, but her talent has made her rich. This is a lesson when you are unable to do something; there is still another open door somewhere where one can fit. We are not blessed the same and therefore failing in one field doesn’t mean its over, everyone has his/her best position where they shine and in every crisis, there is an opportunity. 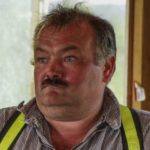 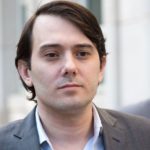