Ambika Ranjankar is an Indian actress who is best known for her appearance as Komal Hathi on the long-time running family-comedy show called Taarak Mehta Ka Ooltah Chashmah.

She studied at St. Thomas High School & Junior College in Goregaon, Maharashtra from 1977 to 1990.

Ambika started attending Mithibai College in 1990, and graduated with a degree in Bachelor of Arts in Sociology in 1995. 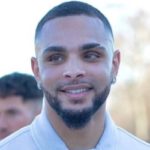 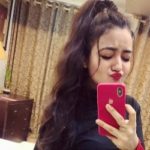