Amy Louise Acker is quite a popular film actress, voice actress and model. She has gotten the opportunity to appear in a number of films and animations. Her contributions to the industry have been tremendous. She also got involved with modeling for some time and did very well at it. We all know the amazing career of Amy Acker, but let us go through the other details of her life.

Amy was born on the 5th of December in 1976. He was also raised in Dallas, Texas, her birth town. The names of her parents have not been released to the public domain, but it is known that her father was a lawyer and her mother was a homemaker. At a young age, she studied ballet and modern dance for 14 years. Unfortunately, she got into an accident in high school and had to undergo knee surgery, this really ruined her ballet career.

Acker went to Lake Highlands High School where she quit her ballet career after injuring her knee. After graduating, she went to South Methodist University where she earned a Bachelor’s degree in theatre. In her junior year of college, she got a modelling gig for the J. Crew catalog. Later on, she got a Bachelor of Fine Arts in that year.

No. Amy Acker has been married to James Carpinello since 2003 which should prove she isn’t gay.

Acker made her major film debut in Angel where she starred as Winifred “Fred” Burkle and later on, she did the character of IIIyria for the show’s fifth and final season. She also joined the cast of Alias in 2005 for its final season, playing Kelly Peyton. She was later bumped up from guest star to a regular role in April and May 2006. In 2005, she voice-acted the character Huntress on the animated series, Justice League Unlimited. She was also a guest star on the comedy series, How I Met Your Mother, where she was reunited with Alexis Denisof, her Angel co-star.

In 2010, she became a regular cast for the drama, Happy Town, where she did the character of Rachel Conroy. She was also a part of the season one finale of the FOX series, Human Target as Katherine Walters. In 2010, she was a part of The Good Wife on CBS and was in the horror movie, The Cabin In The Woods. Acker appeared on the third season of Husbands as Claudia and was also cast as Audrey on an episode of Agents of S.H.I.E.L.D. She got a role on Person of Interest on CBS and later became a regular character.

She also took on the voice role of The Machine in the series finale and also as the visual representation. In 2017, she was cast in the prospective series, The Gifted which was first aired on the 2nd of October 2017 but cancelled after two seasons on the 17th of April 2019. In 2019, she was on What Just Happened??! With Fred Savage and plays Dr. Rachel Layne  on The Flare.

Acker has been having a great career as an actress and model for a long time now. We all respect and appreciate the hard work that she put in front of the big screen. So far, she has been nominated in the 2004 Saturn Awards for the Best Supporting Actress on Television for her work in Angel. She also won the 2003 Saturn Award for Best Supporting Actress on Television and the 2013 Indie Series Award for Best Guest Star – Comedy.

Amy Acker has had an amazing career as an actress and model. She’s been doing big things throughout her career, and it wouldn’t be wrong to admit that it paid off. As of 2021, Amy Acker has an estimated net worth of $3 million.

Amy Acker’s career has been one of a kind and incredible. She has gotten the opportunity to do some great projects in the film industry and modeling. She is a role model for many aspiring actors and actresses, and we wish her the best of luck in her other projects. 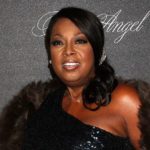 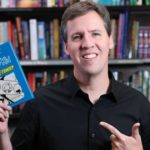