Most of his songs are widely record and also were great hits. He was also known as the most commercially successful composer in history by the New York Times in 2001. He has also got his name in the Hollywood walk of fame, and he has won several awards. He has also been involved in some Philanthropic works and supports culture and artwork.

Andrew Lloyd Webber was born on March 22, 1948, in Kensington, England. His father was the director of the London College of Music, and His mother was a piano teacher, and his youngest brother, Julian, is a renowned cellist. A true prodigy, early life Lloyd Webber played the piano, the violin at the age of 3 years and the French horn and began writing his music at age.

In 1965 Lloyd Webber was a Queen Scholar at Westminster School and studied history for a term at Magdalen College, Oxford, although he abandoned the course later. He was introduced to the 20-year-old aspiring pop-song writer Tim Rice. The first collaboration was  “The Likes of Us,” a musical based on the true story of Thomas John Barnardo.

They produced a demo tape of that work in 1966, but the project failed to gain a backer. In 1986, Prince Edward, the youngest son of Queen Elizabeth II, commissioned a short musical from Lloyd Webber and Rice for his mothers, 60th  birthday celebration.

About his education, nothing much is known. He has kept it private as he has kept it away from media attention

Andrew was married to Sarah Hugill from 1971 to 1983, and they welcomed daughter Imogen on March 31, 1977, and son Nicholas on July 2, 1979. He wed singer Sarah Brightman in 1984, and they divorced six years later; he cast her in several of his musicals, including “The Phantom of the Opera.”

Lloyd Webber is a supporter of Leyton Orient F.C., and he has an extensive art collection. He was named a Conservative life peer in 1997, and he allowed his song “Take That Look Off Your Face” to be featured in a 2005 promotional film for the U.K. Conservative Party.

In 2009, Andrew was diagnosed with early-stage prostate cancer; he had surgery and later developed a post-operative infection. His prostate was removed, and he announced that he was cancer-free in early 2010. Lloyd Webber was accused of plagiarism by songwriter Ray Repp, the band Pink Floyd, and the Giacomo Puccini estate.

Still, the court ruled against Repp, and Roger Waters said Pink Floyd wasn’t interested in taking Andrew to court over his perceived plagiarism of the opening riff of “Echoes.” The Puccini estate filed a lawsuit over similarities between “The Music of the Night” and Puccini’s “La fanciulla del West,” and the two parties settled out of court.

Andrew Lloyd is not gay as far as sexual orientation is concerned, he is straight, and no rumours of the same have ever been heard of him.

At 17 years old, Lloyd Webber received a letter from Tim Rice, a 21-year-old law student. The letter read: “Dearest Andrew, I’ve been told you’re looking for a ‘with it’ writer of lyrics for your songs, and as I’ve been writing pop songs for a while and particularly enjoy writing the lyrics, I wonder if you consider it worth your while meeting me.”

The two soon began writing the musical “The Likes of Us,” which would not be publicly performed until 40 years after it was written. In 1967, family friend Alan Doggett commissioned Andrew and Tim to write something for the Colet Court school choir. The duo wrote “Joseph and the Amazing Technicolor Dreamcoat,” which was later expanded and turned into a 1972 stage musical.

They wrote “Jesus Christ Superstar” next, then Lloyd Webber wrote the musical “Jeeves” with lyricist Alan Ayckbourn because Rice wasn’t sure he could do the “Jeeves and Wooster” novels justice. “Jeeves” opened in 1975 and only ran for 38 performances, but it was later reworked into 1996’s “By Jeeves,” which made it to Broadway in 2001.

In the year1997, Lloyd Webber won an Academy Award for Best Music, Original Song for “You Must Love Me” from “Evita,” which also earned him a Golden Globe. He made a Primetime Emmy for Outstanding Variety Special (Live) for “Jesus Christ Superstar Live in Concert” in 2018, and he has received four Grammys: Best Cast Show Album for “Evita” and “Cats,” Best Contemporary Composition for “Requiem,” and the Grammy Legend Award (1990).

Net Worth, Salary & Earnings of Andrew Lloyd in 2021

As of 2021, the estimated net worth of Andrew Lloyd is around $1.5 billion. Most of his fortune has come from his successful career and also endorsements contracts

He is a fantastic guy who has impressed many as well as contributing much towards the life of many people. He is a role model too. 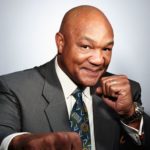 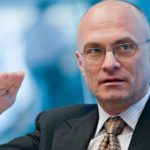