A senior pastor from the United States, Andy Stanley is the founder of the nondenominational evangelical Christian church, North Point Ministries. He has campuses in many locations, and he has also authored many books. In his career, Stanley has written more than 20 books.

The real name of Andy Stanley is Charles Andrew Stanley. he was born on May 16, 1958, in Atlanta, Georgia. He is the son of Anna J. Stanley and Charles Stanley. His father has also been a senior pastor of the First Baptist Church of Atlanta. Charles Stanley is the founder of In Touch Ministries.

Andy Stanley went to the Tucker High School in Tucker, Georgia. Following this, he attended the Georgia State University for his BA in journalism. He has also been to the Dallas Theological Seminary in Dallas, Texas, and earned his master’s degree.

In 1988, Andy Stanley got married to Sandra Stanley. The couple has three children named Garret, Andrew, and Allison Stanley. He currently lives in Georgia along with his family.

A man who has dedicated his life to holy services cannot be gay. The sexual orientation of Andy Stanley is straight, and he is neither bisexual nor gay. He is a married man and is the father of three children.

After earning his master’s degree, Andy Stanley started working at the First Baptist Atlanta as an associate pastor. He was also the minister to students. In 1995, he became the founder of North Point Comunity Church located in Alpharetta, Georgia. The church soon grew to six campuses and had thousands of attendees. It went on to become one of the biggest churches in the United States. The church has also appeared in an article of the USA Today in 2006 for the use of HD-type videos.

Stanley was also a speaker at the Willow Creek Association Global Leadership Summit. Additionally, he is also an author and has published many books. His first book entitled Like a Rock was published in 1997. A year later, he came up with Visioneering.

In the 2000s, his book releases include Choosing to Cheat, Louder Than Words, Creating Community, Fields of Gold, Next Generation Leader, and Communicating for a Change. Stanley’s books in the 2010s include The Grace of God, How To Be Rich, and Irresistible. His most recent book was Better Decisions, Fewer Regrets in 2020.

One of the biggest career achievements of Andy Stanley is to be the founder of North Point Ministries. He has not won an award in his career. He was named as one of the most influential living pastors in the United States by Outreach magazine.

Net Worth, Salary & Earnings of Andy Stanley in 2021

As of 2021, The estimated net worth of Andy Stanley is $50 million. He has dedicated his entire life as a pastor. After gaining a lot of experience in the ministry, he was named a senior pastor. Stanley is known to have an annual salary of over $200,000. He has witnessed an increase of $8000 every year.

Part of his wealth also comes from his career as an author. Stanley has written many books, and he continues to be active in multiple fields. He is a very talented person and is one of the very successful pastors living in America. His success has also made him speak on many occasions.

With sheer hard work and dedication, Andy Stanley went on to become the founder of the North Point Ministries. He is very talented, and he has been in any controversy. He has maintained a simple life and has done a lot for improving his Ministry. Andy Stanley’s prominence has also made him a speaker in many events. 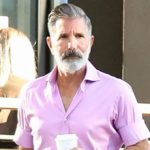 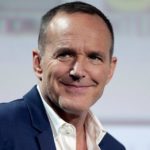