Anil Kapoor is a renowned actor and a film producer from Bombay, India. He is widely known for his prosperous career in Bollywood Industry for the past forty years. He is popularly known for his valuable acting skills in movies like Tezaab, Beta. He has also worked in some Hollywood movie franchises such as Mission Impossible and Slum Dog Millionaire for which he received great appreciation.

Anil Kapoor was born in Chembur, Maharashtra. He is second the son of late Surinder Singh and Nirmal Kapoor after Boney Kapoor with Sanjay Kapoor and Reena Kapoor as the younger siblings. Anil Kapoor pursued his early education from Our Lady of Perpetual Succour High School, Mumbai. Later on, he went to St. Xavier’s College, Mumbai but could not complete his degree due to a shortage of attendance. His father was a famous filmmaker who worked with Shammi Kapoor as his personal secretary.

Anil Kapoor completed his schooling education from Our Lady of Perpetual Succour School, which is situated in Mumbai. He also started his graduation from St. Xavier’s College, Mumbai.

Anil Kapoor got married to Sunita Bhavnani in the year 1984. She worked as a costume designer in Bollywood at that time. He is the father of three children Sonam Kapoor (1985) as the elder daughter Rhea Kapoor as the younger (1985), and Harshvardhan Kapoor (1990) as the youngest son. He was a genuine addict of Bollywood snaps that were telecast during the Ganesh Maha Utsav every year. He was a fan of Raj Kapoor and used to mimic the legendary artist often, and he influenced all his acting skills.

During his acting career, it was heard that he was dating actress Madhuri Dixit and Kimi Katkar.

No, Anil Kapoor is not gay. He is a jolly and a romantic person married to his loving wife Sunita Kapoor, costume designer and former model, and has three children, two daughters, and a son.

He started his debut in the Bollywood industry as a child artist in the movie Tu Payal Main Geet, projecting young Shashi Kapoor’s role. The film, however, was not released in theatres. He also played a small role in Umesh Mehra’s directed movie Hamare Tumhare 1979. In 1980 his first Telegu Film, directed by Bapu, Vamsa Vruksham, was released. He got his first Bollywood debut as a lead role in the movie “Woh Sath Din,” and his character name prem Pratap Singh became famous for his acting.

In 1983 he made Kannada debut with Mani Ratnam’s Pallavi Anu Pallavi. In the movie Mashaal, directed by Yash Chopra, where he played the role of a Tapori, he also got The Filmfare Award for Best Supporting Actor.

In 1986 Insaaf ki Awaz was a Box Office hit. Mr. India was his career’s biggest hit gaining him a superstar status in Bollywood. The movie Ram Lakhan 1989 was the second-highest box office earner of the year. The movie Awaargi had a significant setback at the Box Office. Yash Chopra’s film Lamhe also gained attention. It was a success overseas. In 1992 Kapoor did an extraordinary performance in Indra Kumar’s Beta. He created a benchmark in Indian Cinema in the movie Tezaab.

In 2008, he worked in the Hollywood film Slumdog Millionaire, the movie which won 8 Academy Awards and an Oscar as well for the music of A.R Rahman. In 2010, he was featured in the American TV series 24 as Kamistan President Omar Hassan with was later remake in Indian television series named American -24.

He received Filmfare Awards in the year 1985: Best Supporting Actor Award for Mashaal. Following are the listed Filmfare awards and the year he received the same.

He also received two National Film Awards, which are listed below:

The net worth of Anil Kapoor is around $15 million as of 2021. Maximum of his income is generated from brand endorsements and personal investments. He also owns a huge bungalow in the posh area of Mumbai, India.

Anil Kapoor’s acting career had spanned for the past 40 years, and he is still an outstanding actor in Indian Cinema. He is also a film Producer the movie Badhai Ho Badhai is his first production. He also made an appearance in an international film called Slum Dog Millionaire, which received many Academy Awards and one Oscar. 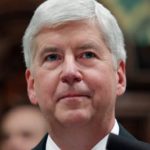 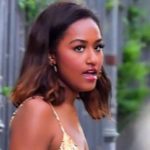