Anna Gunn is an American actress who got international fame after playing a significant role in the famous TV series named ‘Breaking Bad.’ She played the role of Skyler White which was widely praised for her acting ability.

Anna was born in Cleveland, Ohio. Her father, Clemens Earl Gunn Jr., was a real estate agent. At the same time, her mother, Sharon Anna Kathryn Gunn, was an interior designer by profession. She is the only child of her parents. Her family relocated at a very early age, and she grew up in Santa Fe, New Mexico. In an interview, she revealed that she doesn’t have much memory about Ohio, where she was born.

Anna started her schooling in Santa Fe Preparatory School, where she first encountered acting classes as a curriculum activity. In an interview, she revealed that she fell in love with acting from those acting classes and decided to carry it further. In 1986, she got her high school graduation degree from the same school.

For her higher studies, she got enrolled in Northwestern University, Evanston. In 1990, she earned her college graduation degree from there. Her subject was Theater. While studying in college, in a semester break (1988), she went abroad and admitted herself to British American Drama Academy, where she spent six months studying acting.

Anna filed a petition asking for a divorce from Duncan, citing irreconcilable differences, and they settled their divorce in 2009. In an interview, she said that they remained in contact after the divorce for the sake of their daughters.

Anna was married to Duncan for almost 19 years. In 2009, the couple broke their marriage in 2009. The reason for their divorce was unknown. But Anna has two daughters with Duncan, which proves her to be straight. She has never been heard of getting linked to any women either. That demonstrates that it is safe to assume that her sexual orientation is straight.

After finishing her college graduation, Anna relocated to Los Angeles and shared a house with actress Pamela Adlon. She debuted on TV in 1992 in a tv series named Quantum Leap. Along with it, she was starred in few other tv series like ‘Down The Shore,’ ‘Missing Persons,’ ‘NYPD Blue,’ ‘Murder One,’ ‘The Big Easy,’ ‘ Chicago Hope,’ ‘Men Misbehaving,’ ‘ER,’ ‘The Practice,’ ‘ Sleepwalkers,’ ‘ Moment Of Truth: Caught In The Crossfire,’ ‘ Judging Amy, ‘The Bull,’ ‘ Yes! Dear’, ‘The Guardian,’ ‘Twelve Mile Road,’ ‘Wild Card,’ ‘Dragnet,’ ‘Six Feet Under,’ ‘Dead Wood,’ ‘ Boston Legal,’ ‘Miss Match,’ ‘ Miracles’ etc.

In 1996, she gave voice to a character named Ariel in a famous video game called ‘Blood Omen, Legacy Of Kain.’ Till 2003, she continued her voice acting in that character in that video game’s different versions.

In 2008, she got her famous role as Skyler White in the television series named ‘Breaking Bad’ produced by renowned production AMC. Her portrayal of the opposing character brought her lots of appreciation. Her negative role also got her lots of hatred from Breaking Bad fans. People from all over the world started to hate her character and troll her online.

After seeing a Facebook page named I Hate Skyler White’, she decided to break from social media and never came back. In an interview, she said that She stopped using social media to spread negativity in real life. While people hated her on-screen character, few people attacked her personally also.

Her acting in this series brought her another famous role in another renowned tv series named ‘Law And Order.’ She has also acted in ‘Criminal Minds,’ ‘Robot Chicken,’ ‘Shades of Blue,’ etc. In 2019, she worked in the movie named ‘DeadWood: The Movie.’ Besides that, she has appeared in films like ‘If Someone Had Known,’ ‘Red State,’ Sassy Pants,’ ‘ Sully,’ ‘ Junior,’ ‘Without Evidence,’ ‘ Being Frank,’ ‘Lost Souls’, etc.

As of 2021, Anna has an estimated net worth of around $8 million, which she has earned through her successful acting career. As per o British article, her payment per episode in Breaking Bad was $75,000. She has also acted in various TV series, films, and theatre, by which she has earned a considerable sum of money.

Anna Gunn is a fantastic actress portrayal of the character Skyler White is widely appreciated. Although she is not on social media, she has successfully managed to gain love from fans all over the world. 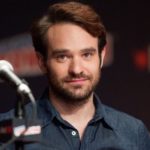 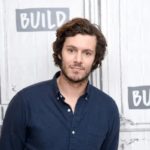