Julianna Grace LeBlanc is professionally known as Annie LeBlanc. She is a Youtuber, actress, singer, and a trained gymnast as well. When she was just four years old, she was featured in the online videos and had a huge online fan following that age. She was starred as “Annie” in one of the YouTube red series named We are Savvy in the year 2016. She is among the most famous teens in the world.

She is born to parents Billy and Katie. She has two siblings and one younger sister whose name is Hayley Noelle, and an older brother Caleb Logan who passed away in 2015 due to hypertrophic cardiomyopathy. From the age of 2, she started to take gymnastics classes. Her family uses to post her videos online when she was three years old on their family YouTube channel. Till August 2017, she trained herself as a gymnast. The family used to live in Severna Park, Maryland but then shifted to Los Angeles, California, so that Annie would start her acting career.

Her parents used to post her videos online from a very tender age, which slowly made her grow in popularity. This led them to homeschool her so that they could look after her activities and her online schedule. She was brought up in the United States. As she is a teenage actress, she just attained the age of 16, so whether she would go to college is not revealed by her.

Business Insiders have called Annie one of the most famous teens in the world. Annie has released her albums, and various singles as well as was a star in many YouTube videos. In the year 2019, she stopped making videos for her family channel. From the age of 2 till the age of 16, she has earned a lot of fame and popularity in the 14 years of her acting career.

She worked to transition into the music industry in 2017. When she dated her first boyfriend, Hayden Summerall, fans wrote many complex stories about their personal life and relationship and even photoshopped their photos together. In 2020, she was cast in Nickelodeon’s Side Hustle, but due to the pandemic situation of Covid-19, they had their own talk show, which was named “Group Chat.”

No, she is straight. She uses to date the social media star Hayden Summerall in the year 2017. The couple was known as “Hannie” by their fans. There were lots of rumors about their relationship. In 2018, Summerall conveyed through her Instagram that he was not dating her anymore.

Annie LeBlanc began her career as a vlogger. The name of her YouTube channel is Acroanna. She became famous when she was learning gymnastics, and through her skills, she made a lot of fan following and gained popularity. In the year 2017, she was starred in a show named “Chicken Girls,” which was aired on the Brat network. The theme of the show was a life of a teenager. Consecutively the next year, i.e., in 2018, she again got featured in another teen series hosted by the same network, and the name of the show was “A girl named Jo.”

In the year 2017, Annie LeBlanc was nominated for the Streamy Awards for the Category of Kids and family, and in 2018 was nominated for the Category Acting in a drama for the same award as well. She has won some awards too. In 2018 only, she won the Shorty Award for Muser of the year, in 2019 the Teens Choice award for the Choice Music Webstar, and finally, in the year 2020, The Kids Choice Award for the favorite Female Social Webstar.

Net Worth, Salary & Earnings of Annie LeBlanc in 2021

As Annie is a social media star, an actress, and even a former gymnast since childhood, she has a good fan following, which would definitely help her when she attains her 20’s. She got more than 16 million followers on Tiktok, 8.8 million on Instagram, 372,500 on Twitter, and almost 3.95 million subscribers on her YouTube channel. Her net worth is almost $600 thousand as of 2021. She charges a massive amount of money for her each show.

Following are some interesting facts about Annie LeBlanc:

Julianna Grace LeBlanc, also known as Annie LeBlanc, has been a gymnast for almost ten years. She always wanted to design her own clothes. She has been a very popular teen actress who has a great fan following. Her family, too, encouraged her to go into this field. 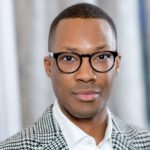 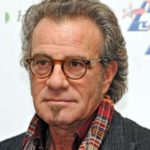