Antonio Brown is an American football wide receiver who is currently part of the Tampa Bay Buccaneers in the National Football League (NFL). Brown was quite athletic at a young age, participating in both football and track.

Brown has had a very successful career starting off with the Pittsburgh Steelers, then Oakland Raiders, New England Patriots and currently the Tampa Bay Buccaneers. We have seen what Brown can do on the field, now let us take a look at what is going on in his life off the field.

Antonio Tavaris Brown Sr. is the son of Eddie Brown and Adrianne Moss. He was born on the 10th of July 1988, in Miami, Florida in the USA. His father Eddie Brown, was also a football player. He was part of the Arena Football League and was named the best player in the league’s history in 2006. He was also a wide receiver, just like his son, and played for the Albany Firebirds and collegiate football for Louisiana Tech.

Brown studied at Miami Norland High School in Miami where he ran track and was also playing football. After graduating, he wanted to join Florida State University but could not join because of his high school GPA. Therefore, he joined North Carolina Tech Prep and after one season, he received a scholarship from Florida International University. Unfortunately, he was released by the institution because of a confrontation with the security.

After the release, he could have joined West Virginia, but decided to continue his college career at Central Michigan. He dropped out in 2010 to be part of the NFL draft.

So far, Brown has been in three known relationships; with Shameika Brailsford, Chelsie Kyriss and Jena Frumes. He has four children from different women. Their names are; Autonomy Brown, Antanyiah Brown, Apollo Brown and Ali Brown.

Brown has had quite a number of run-ins with the law. In 2018, he was sued for tossing furniture off his 14th-floor apartment, almost killing a 22-month baby. He was also cited for speeding in excess of 100mph in Pittsburgh. He has also received sexual assault charges and battery charges on different occasions.

No, Antonio Brown is not gay.

During the 2010 NFL draft, Brown was selected by the Pittsburgh Steelers as their second wide receiver and was the 22nd overall wide receiver to be selected. He debuted in the 2010 season against the Tennessee Titans and ensured that his team finished first in the AFC North. Eventually, the team reached to the Super Bowl but lost to the Green Bay Packers.

In the 2011 season, he became the third wide receiver, played 16 games, and made 69 receptions for 1,108 yards. He had a rough season in 2012 where he was also fined $10,000 for unsportsmanlike conduct in a match against the ‘Washington Redskins’.

In the 2013 season, he broke the 1997 record by Yancey Thigpen for a single-season team record of 1,398 receiving yards. He also joined Hines Ward to become the second Steeler to amass at least 100 receptions in a season. In 2015, he entered NFL’s 200 all-time receiving yards’ list with a career total of 5,587 yards, surpassing Steeler’s legend, Lynn Swann.

Brown was traded to the Oakland Raiders during the NFL draft due to many off-the-field incidents and a conflict with Mike Mayock, the general manager. In 2019, he signed by the New England Patriots for a one-year contract due to the sexual allegations. He is currently playing for the Tampa Bay Buccaneers.

Net Worth, Salary & Earnings of Antonio Brown in 2021

Brown’s NFL career is nothing short of impressive. His athletic capabilities are really incredible and have earned him the reputation of being one of the best players in the league. After his decade-long career, Brown has amassed an estimated net worth of $25 Million as of 2021.

Antonio Brown is now one of the biggest names in the NFL especially after his recent Super Bowl victory. He is an icon and role model for many aspiring football players, and we look forward to what Antonio Brown has to offer. 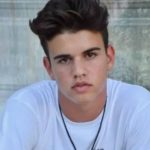 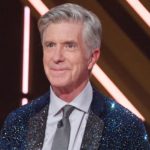