Anya Chalotra is an English Actress who gained popularity for starring in the Netflix original series “The Witcher” playing the role of Yennefer of Vengerberg. The series debuted in December 2019 and her role made her earn a massive following and became popular in a short span of time. Additionally, she has featured on a short film titled “No Mask” the film was based on the ongoing pandemic of coronavirus and outlines the testimonies of frontline workers in east London. Other notable films she has featured in are such as Sherwood and Wanderlust.

Anya Chalotra was born on July 21, 1996, in Wolverhampton, England. She is the beautiful daughter to her father Madan Chalotra (Indian) and her mother April Chalotra(British). As a result of her parent’s different ethnicities, she becomes of a mixed ethnic group.

Her parent’s professions are not known to the public.  She had a fun childhood in England growing up with her younger brother Arun Chalotra and her older sister Reeya chalotra. They were brought up in a comfortable lifestyle and she also went to the best schools in London. She follows Hinduism, which is from her father’s faith.

Anya went to St. Dominic’s Grammar School in Brewood, United Kingdom. Then after graduation, she enrolled in LAMDA (London Academy of Music & dramatic art) and Guildhall School of Music and Drama in the United Kingdom.

When it comes to relationships, who could deny the fact that Anya is a beautiful lady with a great personality? But all this she shares with no man. Anya has not publicly declared her affection to anyone let alone the media. She prefers to keep her beautiful self very conserved and does not like sharing too much personal information with the media.

She is however believed to have dated Josh Dylan at some point, but she has never dismissed or denied the facts so the allegations will remain a mystery. As of 2021 she is believed to be single and focused with her career and enjoying herself while at it.

Anya is very secretive in matters regarding her personal life. Therefore it may be difficult to know anything related to her sexuality. We would however want to believe that she is straight until she proves otherwise.

After she completed her studies she engaged in some theatre productions by West end theatre “The Villages” and “Much Ado About Nothing”. She landed her first breakout role in a Netflix original series “The Witcher” playing the role Yennefer of Vengerberg. The series started airing on December 20, 2019.

Additionally, she has featured on a short film titled “No Mask” the film was based on the ongoing pandemic of coronavirus and outlines the testimonies of frontline workers in east London. Still in the year 2020, she was shortlisted to voice the “New –Gen “which is a science fiction animated series. She is also expected to be seen podcasting on “Cipher” a science-fiction show that will air on BBC Sound on the upcoming Christmas. Other shows she has starred in include “The ABC Murderers”, “Wanderlast” and “Sherwood”.

She has also become very active on social media especially Instagram where she has a fan following of close to 1 million.

The young talented actress has not won any awards but we can give her credit for the exceptional acting skills that she has portrayed since she started her career.

Net Worth, Salary & Earnings of Anya Chalotra in 2021

Anya started acting in 2018, and she has such steady growth in her career and has amazed people with her exemplary success. She primarily earns her worth through her career as an actress. She has featured in movies and films that have made her earn a hefty amount. She has a net worth of $300 thousand as of 2021. She has other upcoming projects that are yet to be released, so this means that her wealth will continue to increase.

The talented actress has a determination to make it in the entertainment industry. Over a short period she has managed to rise to become one of the highly-rated upcoming actresses. With upcoming projects that are yet to be released the actress is set to shine and continue winning fans with her acting talent. 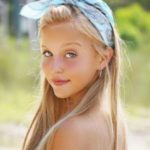 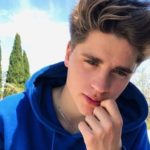