American football could probably be the most popular sport in the US, competing with basketball and baseball. The sport is also beginning to spill over in popularity around the world. Because of the sport’s popularity, many people strive to get to the top of the sport. American football players are one of the best athletes in the world today because of their combined strength and speed, such an athlete is Arian Foster.

Arian Foster is a former American football player, a running back to be precise. He played for the Houston Texans and Miami Dolphins. After his career as a football player, Foster decided to pursue a career in music as a rapper.

Arian Isa Foster was born on the 24th of August in 1986 in Albuquerque, New Mexico. His father is called Carl Foster while his mother is Bernadette Sizemore. His father was a wide receiver for the University of New Mexico and later signed with the Denver Broncos.

His mother worked in the University of New Mexico as a secretary. Arian has four siblings; Abdul Foster, Christina Foster, Braxton Foster, Maria Foster. Abdul ran track in high school and college in Florida and Christina got her Masters’ degree in SIT in Vermont.

Arian was persuaded to play football by his mother and played as a linebacker at Mission Bay High School. He later became a running back for the school and led them through a number of victories. His performance was so good that he was awarded the San Diego Union-Tribune All-San Diego Western League player of the year.

In New Mexico, Foster attended Taft Middle School and later joined Valley High School. After his parents separated, Foster moved to San Diego with his father. In San Diego, He joined Mission Bay Senior High School before joining the University of Tennessee. In university, he was a philosophy major and a fan of poetry.

Before we get to know Arian Foster’s football career, let’s take a peek into his personal life. Firstly, Arian was married to Romina Lombardo and were blessed with two children; Khyro and Zeniah Foster. However, the couple divorced after four years of marriage.

Arian also received a lot of media coverage concerning his diet. He stated that he will always eat healthy and in 2012, he switched to a vegan diet. He also stated that he does not believe in God despite the fact that he was raised as a Muslim.

No. Arian Foster is not gay and his marriage to Romina Lombardo and their two children is enough prove.

Foster’s professional football career began in college. During his first season, he didn’t get a lot of game time, the usual starters were Gerald Riggs Jr. and Cedric Houston. During his freshman season in 2005, things started to look better for him. He started to play more games and that’s when people found out how good he was.

Later in the season, Riggs Jr. suffered a season-ending injury, which meant Foster had to take on more responsibility. Fortunately, he did not fail his team. Foster’s sophomore year took a downturn with the arrival of Lamarcus Coker and Montario Hardesty in the backfield. His totals for carries and rushing yards were evidently dropping, but this wasn’t enough to stop the young buck.

His junior year was much better because he became the main running back of the squad. His college statistics took a positive turn as he finished with 245 carries for 1,193 yards and 12 touchdowns. Foster’s college career did not have a storybook ending, his coach decided to use a rotational format in his senior season which denied him a lot of time on the pitch.

Despite Foster’s stellar performance in college, a lot of factors caused him to miss out in the 2009 NFL draft. One of them being that he might be difficult to coach and after his arrest, some scouts were concerned about his behavior. Foster was signed as an undrafted free agent to the Houston Texans and only played six games in his first season.

In the 2010 season, Foster decided to prove how good he was, he won the rushing title with 1,616 rushing yards and 604 receiving yards breaking the record set by Priest Holmes. In 2013, he suffered a serious back injury which required surgery. Foster played through his injury in 2014 and 2015. On July 18, 2016, he signed a one-year contract with the Miami Dolphins and then announced his retirement on October 24, 2016.

Foster tried his luck in the film and television industry. He appeared as a guest on Hawaii Five-O, he joined the cast of Draft Day in 2013 and started his own podcast. On April 26, 2018, he released his debut album, Flamingo & Koval, under the stage name, Bobby Feeno.

Foster’s outstanding performances in the NFL earned him the following awards; 3× Pro Bowl, 2× All-Pro and the EPY for “NFL Strongest Performance”.

Arian Foster’s performance in the NFL was quite impressive especially since he was an undrafted free agent. His 7-year career has earned him a net worth of $60 million as of 2021.

Arian Foster’s career has been quite an eventful one filled with a series of ups and downs. But despite all that, he is still one of the best running backs the NFL has seen. We wish him all the best in his music career. 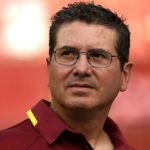 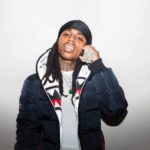