Ariana Grande is a singer-songwriter, producer, and actress who rose to stardom after acting in the Nickelodeon TV show Victorious, alongside Victoria Justice and others. After the show ended, she released her first album, Yours Truly, in 2013, and since then, she has released five more albums, Positions being the latest one. She has also collaborated with other famous singers and has released singles and featured on their albums. She has also won several awards for her talent, and she has also embarked on three world tours and a fourth one scheduled for 2022 or 2023. She is also a very charitable person and has supported people who are fighting for their rights.

Ariana Grande was born in Boca Raton, Florida, U.S. on June 26, 1993 to Edward Butera and Joan Grande. Her mother is the CEO of Hose-McCann Communications, and her father is the owner of a design firm. She also has an older half-brother named Frankie Grande, who is himself an entertainer, singer, and actor. Ariana Grande has mentioned many times that she is very close to her grandmother Marjorie Grande. When she was nine years old, her parents separated, but she is still in contact with both of them.

Ariana Grande never had the time to complete her education because she rose to stardom as a young artist. When she was in school, she performed with the Fort Lauderdale Children’s Theatre, and with them, she has performed the musicals The Wizard of Oz and Beauty and the Beast. When she was in Florida, she studied at Pine Crest School and North Broward Preparatory School. When she reached the age of college education, she was already very famous, and she decided to pursue acting and singing as a career.

Coming to her personal life, let’s start with something that many people might not know. Due to her poor dietary habits, she suffered from hypoglycemia, in which a person suffers from low blood sugar levels. After everything that happened at the 2017 Manchester Arena Concert, she suffered from PTSD and anxiety. She has also stated that she regularly visits her therapist, and she has felt a lot better since then.

Coming to her relationships, the first person she dated publicly was her 13 co-star Graham Phillips. The two dated for three years, breaking up in 2011. She then dated Jai Brooks for a short time, and then she started dating rapper Big Sean. He featured in some of her songs, and after they split up, she started dating her tour dancer Ricky Alvarez in 2015.

After they broke up, she started dating Mac Miller, and the two first met in 2012 when they collaborated on the song, The Way. They dated until 2018, but after a few months, Mac Miller sadly passed away due to an accidental overdose. Ariana herself was very hurt from his death, and she expressed her grief on social media.

She is either straight or bisexual because she hasn’t confirmed anything yet in front of the media. Thus, her sexual orientation is still a mystery for many.

Ariana Grande’s career began when she was just a teenager and performed in the Broadway musical 13 in 2008. After her success, she was cast in the television show Victorious in 2009. In the show, she played the character of Cat Valentine, an adorable but dim-witted girl. She became instantly popular because of her acting and singing skills, and she became a teen idol.

After the end of the first season, she made up her mind that she wanted to pursue music, so she started working on her debut album. She started releasing covers of Mariah Carey and Whitney Houston songs. Her first musical performance in Victorious was on track, Give it Up. She released her debut single, Put Your Hearts Up, in 2011, but she later regretted releasing the track because it was too childish. After four seasons, Victorious ended, and she moved on to star on its spin-off show, Sam & Cat. Despite its success, the show was canceled after 35 episodes.

In 2013, she released her first studio album, Yours Truly, which debuted at number one on the US Billboard 200. She was praised for her talented voice, and she decided to follow it up with her 2014 album My Everything. In December 2013, she decided to release a Christmas EP and titled it Christmas Kisses.

In 2014, she also performed in front of then US President Barack Obama at the White House for the Easter Egg Roll event. Her second studio album was a success, and she promoted her album on many talk shows. In 2015, she decided to embark on her first world tour, The Honeymoon Tour, and throughout 2015, she performed in North America, Europe, and Asia.

According to the reports, five of her studio albums have been certified platinum by the RIAA. She has amassed over a billion streams on many of her songs on different streaming platforms. She is a recipient of two Grammy Awards, one BRIT Award, nine MTV Video Music Awards, three MTV Europe Music Awards, and three American Music Awards. She was also named Woman of the Year in 2018, and as per the latest details, she has broken several Guinness World Records.

Net Worth, Salary & Earnings of Ariana Grande in 2021

As of 2021, Ariana Grande has an estimated net worth of $200 million which she has earned from her career as a singer and actress. Her albums have generated sales that are unimaginable for any artist. She has also released her brand of perfumes, and they have been very successful. In total, she released seven fragrances, with her debut being Ari by Ariana Grande in 2015.

She has headlined many concert tours, with her 2019 Sweetener World Tour being one of the highest-grossing world tours of this century. She also has many endorsements and sponsorships with brands such as Beats, Square Enix, Brookstone, American Express, Starbucks, T-Mobile, Reebok, Apple, etc.

Ariana Grande is one of the greatest artists of this century, and her rise to fame cannot be ignored. She has worked hard, and now she is enjoying her success. Her ability to experiment with different genres is magnificent, and no one can deny that she has an angelic voice. 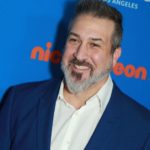 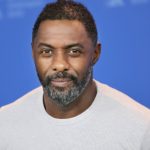