Arnel Pineda is a singer-songwriter from the Philippines whose popularity increased during the 1980s in his home country. He rose to fame internationally when he joined as the new lead singer of the American rock band Journey. Before joining Journey, he was part of a band called The Zoo.

Arnel Pineda was born on September 5, 1967, in Tondo, Manila, which is a well known city in the Philippines. The hospital’s name was St. Jude Thaddeus Diagnostic Clinic. His parents’ names were Restituto Listing Pineda and Josefina Manansala Campaner.

He was associated and was involved in music from a very early age, thanks to his mother. She encouraged him to sing along to Karen Carpenter and Barbra Streisand. To help improve his singing, his parents made him participate in many singing contests.

When he was 13 years old, his mother passed away after suffering from heart disease, and it left the family in shambles. The family was in deep debt. After being without an apartment for a few months and unable to sufficiently provide for them, his father decided to move and requested his relatives to take Arnel and his siblings with them. Due to all these problems in his personal life, he decided to leave school and work part-time. He lived on the streets for two years and earned a negligible amount of money by collecting scraps.

Arnel Pineda is happily married to Cherry Pineda, with whom he has two children, a son named Cherub and a daughter named Thea Chenelle Pineda. They have been married to each other since 2001, and he spends some time with his family in the Philippines every year. He also has two other sons, Matthew and Angelo, from a previous relationship. The woman’s name is not known till date and he was not revealed any information about her as well.

Arnel Pineda has been married to his wife, Cherry Pineda, since 2001. They have two children, and from a previous relationship, he has two other sons. There is no proof of him being gay, so we can confirm that he is a straight man.

In 1982, when he was 15 years old, he joined a singing group Ijos. After a few years, he and some of his group members from a pop-rock band called Amo, which went on to win the Rock Wars contest. In 1988, the band won the Philippines’ leg of the Yamaha World Band Explosion Contest. In 1990, they formed another group, which became the runner-up in the same contest, and Arnel won the Best Vocalist Award. In the 1990s, he suffered from health problems, due to which his voice also suffered. He came back to the music scene in 1999 with a solo album, and the following year, he formed a band 9mm, which played in the top bars of the city.

In 2006, he formed the band The Zoo, and this put him in the limelight. The band began covering songs of famous bands and began uploading them on their YouTube channel. Neal Schon watched one such video of the band Journey, and he contacted Pineda to appear for an audition for the band. He passed the audition, and in December 2007, he was announced as the new lead vocalist of Journey. The band released many albums, and in 2012, he released a documentary that showed the band’s Revelation Tour.

Arnel Pineda is an outstanding vocalist, and he has been famous all over the world for his involvement with Journey. Due to his achievement, he won the GMMSf Box-Office Entertainment Award in 2009.

Net Worth, Salary & Earnings of Arnel Pineda in 2021

As of 2021, Arnel Pineda has an estimated net worth of $25 Million. He has achieved the majority of his wealth from his career as a singer-songwriter. He earned most of his wealth by being the lead singer of the band Journey. He has embarked on numerous tours, both solo and with his band, which has also earned him some wealth. He also appeared in cameo roles for many television shows and films, for which he has been paid handsomely.

Arnel Pineda has really managed to lead a successful life after years of struggle. He is an inspiration to all the Filipino children. He is a legend in his country since he has done some tremendous work with his band. He has done numerous tours, both solo and with his band, to perform in live concerts. He has also worked in movies such as Don’t Stop Believin’ and Live in Manila. 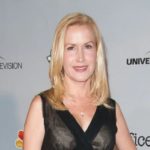 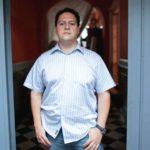