Austin Mahone is an American who rose to prominence through YouTube. He would do covers of songs from other artists and upload them on YouTube. His genre was mostly pop songs, and in addition to being a singer, he is also a songwriter. Equally important, he has made appearances in various television series and web shows. Consequently, he has become not only famous but also wealthy at quite an early age.

Austin Mahone was born Austin Harris Mahone in 1996 on 4th April. He was born to Charles Edgar Mahone and Michelle Lee Mahone. Unfortunately, Charles succumbed to his death when Austin was not even two years. Consequently, his mother, Michelle, had to raise the one year and a half child all by herself. She must be proud of herself because she had done an excellent job, no doubt.  Austin turned out great.

Initially, his mother worked as a mortgage banker. She quit her job as a result of the increasing popularity of his son.

At one point, Austin Mahone was a student at the Lady Bird Johnson High School. However, due to his status, the stay was as brief as a single year. After a year, he dropped out. Later, he started homeschooling at his grandmother’s resident.

Despite being what most ladies are looking for in a man, tall and handsome, Austin Mahone remains single. That’s probably what he wants at the moment. As much as he is currently single, Mahone has had several relationships in the past. One of them was in 2012 with Stefanie Scott. After the breakup, he started dating Becky G in 2013. The relationship was over by the following year, which explains why he was dating Camila Cabello.

Again, not even that relationship lasted for more than a year. In December 2015, Austin Mahone was dating Katya Henry. In February 2017, it became official that the relationship had hit the rock, and ever since then, there has been no record of Austin dating someone else. It is important to note that Austin is not yet a father, probably because he is still relatively young.

The sexual orientation of Austin Mahone is straight. The guy has had several relationships with Katya Henry, Camila Cabello, Becky G, and Stefanie Scott. All his previous partners have been women. The fact that there is not even a single rumor of Mahone dating a fellow man eliminates the possibility of being bisexual.

In June 2010, Austin started uploading videos on YouTube. By the beginning of the following year, he has already gained a large following as he posted more videos as time went by. One of them was a cover of Mistletoe by Justin Bieber uploaded in October 2011. He decided to shift from covers to independent songs. The release of his first single was in 2012 on 14th February, and its title was 11:11. That same year, on 28th August, he released Say Something followed by Say You’re Just a Friend on 3rd December.

In 2013 on 29th May, he released his first extended play titled Extended Play but only in Japan. That same year, he released singles such as What About Love, Banga Banga and also featured in Becky G’s Magik 2.0. Other extended plays are The Secret of 2014 and Oxygen of 2018. His mixtapes are ForMe+You, and This Is Not the Album. As for studio albums, he has one titled Dirty Work – The Album.

As an actor, he has appeared in films such as Fashion Police, The Millers, and Big Time Rush, primarily as himself. Between 2012 and 2013, he was himself in Austin Mahone Takeover. He was also himself, a judge, in Mahomie Madness from 2013 to 2014.

As a result of his outstanding performance, Austin Mahone has received at least eight awards and 33 nominations. The awards include a BreakTudo Award, iHeartRadio Music Award, an MTV Video Music Award, 2 MTV Europe Music Awards, a Young Hollywood Award, a Teen Choice Award, a Radio Disney Music Award, and a Premios Juventud Award.

Net Worth, Salary & Earnings of Austin Mahone in 2021

As of 2021, Austin Mahone’s net worth is approximately $6 million. He has several sources of income, but they all revolve around his career as an artist. As a songwriter and a singer, he has several covers, songs, and extended plays. He gets to make money through YouTube, performances, and sales. In addition to that, he has made appearances in various television shows and films. Last but not least, he endorses products and appears in commercials.

Austin Mahone is an excellent illustration that age isn’t something that should hinder you from becoming famous and having a considerable net worth. After all, his songwriting skills and acting have already earned him all that despite his age. All it takes is hard work, so you better follow suit. 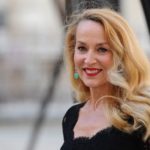 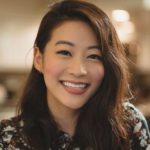