If you have seen movies like Crazy Rich Asians, Ocean’s 8, and Jumanji: The Next Level, then you must know the name of Awkwafina, who is also a comedian, internet personality, author, wrapper, and also a television personality. Awkwafina is one of the most famous Asian actresses, and she rose to prominence in the year 2012 due to the rap song “My Vag,” which became popular on YouTube in 2012. She then released her second album, In Fina, We Trust, which was released in 2018.

She was seen in hit movies like Neighbours 2, Ocean’s 8, Jumanji: The Next Level, and Crazy Rich Asians. She played a side role in these movies, but she could bag a leading role in the movie The Farewell. She received critical acclaim for this, and she was able to win the Golden Globe Award for Best Actress in the Motion Picture category. With this, she also became the first Asian to win this.

Awkwafina was born on June 2, 1988, and she was born in Stony Brook, New York, on the Long Island. Her father was Wally, a Chinese American, and her mother was Korean American, Tia. Her mother was a painter, and Lum grew up in Forest Hills, Queens. Her mother suffered from pulmonary hypertension, and she also died from it. She died when Awkwafina was just four years old. Her father and paternal grandparents then raised her.

Before many great singers and artists influenced her career in the entertainment industry, she was also an intern at a local New York publication, Gotham Gazette, and later at the Times Union newspaper in Albany. She was also a publishing assistant for the publishing house of Rodale Books. Then she also started shooting music videos, and due to her videos, she was also let go by a vegan bodega.

Nothing much is known about the personal life of Awkwafina. She is not dating anyone right now, and she also doesn’t have any children.

No, Awkwafina is not lesbian, as she has not claimed this yet. Neither there has been any rumors regarding sexuality.

Awkwafina began rapping at the age of 13, and while she was young, she started producing her music with GarageBand. She gained fame as her song “My Vag” became popular on YouTube, and it is known that she originally wrote this song while she was in college. She wrote this song in response to the song “My Dick,” which was sung by Micky Avalon. Due to this video, she was fired from her publishing house.

Later the solo hip-hop album Yellow Ranger was also released on 11 February 2014, and this album consists of 11 tracks. Talking of her acting, she was first seen in the third season of Girl Code, and she also appeared in the six episodes of the third as well as fourth seasons. She was then seen in many famous movies. She then gained fame because of her role in the film Neighbors 2: Sorority Rising and later in many movies like Crazy Rich Asians and Ocean’s 8.

Awkwafina has been nominated for many awards and has also won many of those awards until now. She has won the Golden Globes Award for her role in “The Farewell,” GALECA award, Gotham Award, Hawaii Film Critics Society Award, Hawaii International Film Festival, and Latino Entertainment Journalists Association Film and Satellite Award.

Net Worth, Salary & Earnings of Awkwafina in 2021

As of 2021, the total estimated net worth of Awkwafina is around $10 million, and she has earned a good amount of money from her movies and her rap music. She is known worldwide for her appearances. 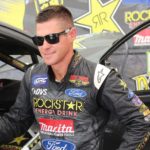 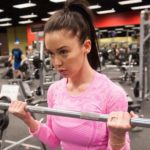