Louis Mario Freese is an American actor and a musician. He started his career by joining popular singers named Sen Dog, and Mellow Man Ace, who belong to the Cypress Hill singers’ group. Later he joined DJ Mugs, a mix master at KDAY radio station. Freese and his colleges first became popular in 1991 when they made their first debuts.

His popularity enhanced his other skills, such as acting that improved his career life. He joined Psycho Reams, a hip-hop group that began in America in 1989, in producing their albums. He hosts Breal. Tv live-streaming named; ‘Dr. Greenthumb’, ‘Meditation’ and ‘The Smoke Box’ shows.

B-Real has a history of substance abuse. Also, Freese had a lung injury that was caused by a gunshot by a rival drug dealer.

B-Real was born in the southern part of Los Angeles, in the year 1970 2nd June. He is said to have a sister. He was parented by a Mexican father and a Cuban mother. At the age of five, his mother relocated them from their father’s home in Los Angeles to Southgate, where he started schooling. Though he attended Bell High School, he dropped out of school to engage in his music passion as a career.

During his teenage Freese was addicted to drugs. He joined a bad company that influenced his life negatively. He rebelled against every advice with good morals and became an active member of a drug-dealing group. At one point he got involved in a gang shooting with rival drug dealers. He suffered a lung injury which almost ended his life. B-Real recovered from the injury, reformed, and became a good person with a positive attitude towards life. At this point in life, he decided to direct his energy to his music career for his safety and for securing his future life.

He has since, made several album productions with songs that include solos and collaborations. Although his work as a music artist was not easy, he did not let his challenges put him down. B-Real effort and dedication to his works at large have resulted in a great success which has been life-changing for him.

B-Real attended Bell High School. Specific reasons that led B-Real to completely drop out of school are still uncertain. However, some sources link his music career choice as one of the contributing factors to his dropping out of school.

He didn’t let his inability to complete his studies hinder his progress to achieving his life goals. His association with other music groups and talented musicians paved ways for him to acquire knowledge and skills to grow his talent.

B-Real was born on 2nd June 1970. At the age of 17 years, B-Real was heavily dependent on substance use that almost costed his life. At one time, he was involved in a cross-fire with a rival drug dealer gang. He was shot during the attack that resulted in a bullet injury on his lungs. After recovery, he managed to set life-changing goals towards the development of his music career.

B-Real was involved in several stages of performance with various groups. However, his social life is not so much exposed, but sources reveal that he has an older son from a previous relationship that didn’t work. In 2008, he ended up marrying his long-time girlfriend in Los Angeles. In the year 2010, B-Real marriage was blessed with a baby girl. B-Real family is still living in Orange County. He leads a happy life.

B-Real is straight. B-Real is neither gay nor bisexual. In the year 2008, he married his long-time girlfriend, and they both had a daughter in 2010. B-Real and his wife lead a life together up to date. However, He also has a son from a previous relationship.

Despite dropping out of school, B-Real worked hard and managed to make it to his music career. He first joined the Cypress Hill, singers’ group, which managed to produce several music albums. His albums include: ‘Cypress Hill’, ’Skull and Bones’ which he produced in the year 2000, ‘Stone Ridders’ which he produced in 2001, ‘Black Sunday’, ‘Till Death Do Us Apart’,’ Elephants on Acid’ and ’Rise Up’.

B-Real also did his Solos namely; ‘The Harves,’ and ‘Gangslinger’. He has also hosted a live stream television program called ‘Breal.tv’ and some of the shows include; ‘Dr.Greenthumb’ sand ‘Meditation’ shows. He has also acted in several movies’ series with ’Serial Killers’ including; ‘The Murder Show’, and others. His art of songwriting has also won him some collaborations.

B-Real has put so much dedication into his work (acting, singing, and writing songs). Although, up to date, he hasn’t been able to attain any awards.

As of 2021, B-Real’s net worth can be estimated to be $8 million. His wealth is obtained from his involvement in music; solo albums and his collaboration work.

B-Real is an American musician rapper of rock music. He is involved in soundtrack productions and has acted in various movies. He has also collaborated with different musicians in music writing and productions. B-Real managed a paintball team to the international level. With so many dedications, he has managed to be at the top despite engaging in life-threatening encounters such as the gunshot scenario at an earlier age which almost ended his life 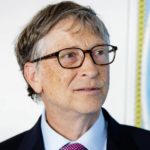 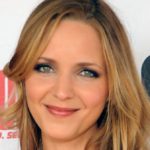