Many people have been able to join the industry and succeed in the industry. An example of such people is Big Tigger, also known as Big Tigg. He is an American television/radio personality and rapper who is best known as the host of BET’s Rap City and 106 & Park.

Tigger was born as Darian Morgan on 22nd December 1972 in Co-op City in New York. His mother was a Jamaican immigrant and his father was an African-American. Growing up in Co-op City, he began to rap and scratch under a local DJ, Rob Lasky, also known as DJ All Might Scratch.

Tigger graduated from Harry S Truman High School and later went to the University of Maryland, College Park. He interned in Washington D.C. at the radio station WPGC 95.5 FM where he worked with popular host, Albie Dee, who took note of his ambition and charisma.

Big Tigger is not very vocal about his personal life. He likes to keep whatever is going on in his life to himself and does not like sharing such information. However, we do know that he is not yet married and does not have any children.

The rise of Big Tigger to fame began when he was doing his internship in Washington D.C. He was stationed at WPGC 95.5 FM and did a very good job especially when he was working with Albie Dee, a very popular radio host. She was able to note that Tigger was really talented, charismatic and was very ambitious.

After the internship, he began working at the radio station, WERQ, 92Q in Baltimore, Maryland. On this radio station, he evolved and developed his own unique and innovative freestyles that gained him immense popularity on the night radio. He was so successful as a night radio host that he was the night-time radio champion six times in a row.

In 2001, he packed up his stuff and headed for his hometown in New York City. After being successful on radio, he began doing voiceovers on television. He started out at BET (Black Entertainment Television) in 1996 while he was still working in the radio circuit.

After one year, people got to see him on camera. He started doing this on Rap City’s “Hip Hop News” and then he later advanced to become the co-host of Rap City in its tenth season, alongside Joe Clair and Big Lez. He became the lone video jockey after BET changed the format of the show. He hosted the show from 1999-2005 before being replaced by Mad Linx.

Until April 2013, he hosted a syndicated radio show on the weekends called, Live In Tha Den with Big Tigger. The show aired on various Urban and Rhythmic formatted Hip-Hop/R&B stations across the country. The show included interviews with big stars like Jay-Z and also had his own countdown on the Top 20 Hip-Hop/R&B hits of the week. Tigger also released some rap music in the course of his career and made a few TV appearances in some movies.

Big Tigger is a very popular radio and television personality. The audience is naturally attracted to his vigor and charisma. Before he moved back to New York, he was doing radio in Washington D.C. and was rated the six-year undefeated radio champion for night-time.

Big Tigger has developed himself as an incredibly popular figure both on TV and also on radio. He has a lot of fans and has been part of the most popular shows. After all the years he has spent on the spotlight, Tigger has an estimated net worth of $4 Million as of 2021.

Tigger’s career as a radio and television personality has been consistent and successful. He has developed a great relationship with his audience which has really propelled him to great heights. Tigger’s career is still quite young and we look forward to what he has to offer in the future. 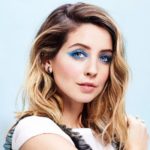 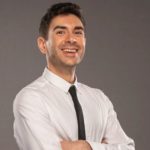