Bill Gates is one of the most remarkable men on the planet for having made a significant impact on the world through his company, the Microsoft Company. His high intellectual capacity has been used to transform the computer software industry for the good of many. Besides, he is also a businessman.

Bill Gates’ vision has been to ensure ease of access to computer services to many people. Other than Microsoft Company, Bill Gates foundation has played a big role in carrying out his vision. The foundation acts as one of the major charity organizations in the United States.

Being a hard-working individual, he is among the top richest persons on the planet Earth. In fact, Bill Gates has been ranked the third richest person in the world after Jeff Bezos, co-founder of Amazon Company, and Elon Musk, the co-founder of Tesla Inc.

Bill Gates is described as a loving, responsible, caring husband and a father, despite him having a busy schedule. He has 2 daughters and 1 son whom he intends to leave an inheritance worth of $10 million each as his other wealth is dedicated for charity works.

Bill Gates was born in Seattle, Washington, on 28th October 1955. He was born in a middle-class family. Bill Gates father, Bill Gates Sr, did law. His mother, Mary Maxwell, was more of an athlete and outgoing. Mary Maxwell was a teacher by profession but later quit her job to raise her children.

Years later, Mary Maxwell resumed to work but worked in corporate boards such as the First Interstate Bank, and International Business Machines (IBM). Being fond of her mother, Bill Gates used to follow her mother to work and would often engage in volunteer duties. Bill Gates has two sisters named Kristi Gates, and Libby Gates.

Bill Gates enjoyed learning at a young age and would often read several copies of encyclopaedia at the age of 11 and 12 years.  His interest in studies made the parents enrol him in the Lakeside School located in Seattle. The school was the only preparatory school in Seattle at that time. Bill gates was an outstanding student and performed well in sciences and maths. His English was good, and he could also do some drama. He was an average performer in other school courses.

It was at Lakeside School when he started learning computer studies. His love for computers made him spend more time interacting with computers. After learning a BASIC computer language, he first wrote his own computer code-named tic-tac-toe program. Tic-tac-toe program is a special computer program that allows people to play games on computers.

Bill Gates, being a bright student, scored 1590 out of 1600 marks. He was actually the best student performer for his SAT exams. His graduation was quite breathtaking as he could boast around as he felt proud of his achievements.

In 1973, Bill Gates joined Harvard University where he pursued a law course perhaps following after the footsteps of his father. However, his passion was not into law as he ended up spending more study time in the computer labs than studying law books.

He ended up dropping from the university and pursue his interest. Having enough time to concentrate on his passion, Bill Gates spent sleepless nights reading, practising and interacting with the computers to enhance his computer mastery.

Bill Gates had a very high intellectual intelligence that was noticed by his parents at a tender age. He later chose his own career path and engaged more in computer technologies until he owned the worlds’ top software company, the Microsoft Inc.

Bill Gates’ social life was average. However, he only dated Melinda French his current wife Melinda Gates, whom they met due to sharing some common intellectual interests. At the age of 23 years, Melinda was working as the Microsoft product manager. It was then in 1987 that she got noticed by Bill gates who was 32 years old.

Their love affair, as well as intellectual goals, seemed to go hand in hand and ended up being couples in the year 1994. Bill and Melinda got married in January at Hawaii. The couples were blessed with three children. Jennifer Katharine Gates, the firstborn daughter was born in 1996,  Roy John Gates, the second-born son, was born in 1999, and Phoebe Adele Gates the last born daughter, was born in 2002.

Currently, the family is living at the shores of Lake Washington. The property is still owned by the family, and it is estimated to worth $54 million. The property’s total area coverage is about 55,000 square foot that serves both as a home and a business property.

Bill Gates upholds the Christianity faith. He attends a Roman Catholic Church with his family.

Bill Gates is straight. He is neither gay nor bisexual. Despite being famous for his intellectual performance at a young age, Bill gates concentrated more on his future career and spent little to no time searching for a girlfriend.

He only ended up engaging in a love relationship when he was aged 32. Bill Gates girlfriend was Melinda French. He ended up marrying Melinda French, whose name was later changed to Melinda Gates. Bill and Melinda have three children; two daughters and a son.

Bill Gates initially started a study in law perhaps to pursue a law career in future. However, he dropped out of college and focused more on computers which became the foundation for his career.

Bill Gates teamed with Paul Allen, an expert in computer, and together formed the Micro-Soft company with the aim of bringing computers on every home through a desktop. Bill Gates was the CEO of the company. The vision progressed well as the company designed more computer software.

In 1976, Micro-Soft name was changed to Microsoft. The company launched its first Windows program in 1985. In 2000, Bill Gates left his CEO position for Steve Ballmer and assumed the position of Chief Software Architect.

In 2001, Microsoft Company released the first computer game Xbox. In 2008, Bill Gates stopped working as the Chief software architect in Microsoft. In 2014, Bill Gates assumed the role of technology advisor for Microsoft as he stepped down his role as the chairman of the company.

As a couple, Bill and Melinda Gates formed the Bill & Melinda Gates Foundation that was launched in 2000. The foundation’s vision is more of charity, to help the needy in society. The less fortunate and brilliant students have been the beneficiaries as they had their fees paid by the foundation.

Also, as a way to promulgate the vision of Microsoft Company, the foundation has installed at least 47,000 computers across the 50 States of the United States, which included 11,000 libraries. Africa and Asian countries have also been a beneficiary to the foundation. In 2017, the foundation set aside $300 million to fund Asia and Africa farmers adjusted to climate change.

Through the foundation, Bill Gates has other innovations set in place, such as clean energy innovations that can help prevent drastic climate change due to the use of poor energy sources.

Net Worth, Salary & Earnings of Bill Gates in 2021

As of 2021, Bill Gates net worth is $125 billion. His monthly salary as well as earning amount to about $330 million. His total income is contributed from the earnings got form the Microsoft Company, Bill & Melinda Gates income-generating projects, and other extra projects he engages in as a businessman.

Bill Gates has positively used his intellectual potential for the good of many. As a computer programmer, Bill Gates founded the Microsoft Company that has transformed the lives of many people across the globe. In addition, he is a strong business man and ranked among the top five richest persons in the world. Besides, he has a loving family comprising of his wife and three children. Bill Gates is a visionary man and has already put the needed measures to leave an equal inheritance to his children. 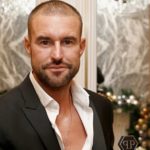 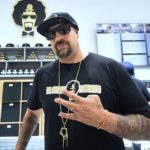