Bill Pullman is known for his acting prowess in the fields of television, stage, and films. He has acted in several well known as well as independent films and is a known face across the TV, film, and stage industry.

William James Pullman, more popularly known as Bill Pullman, was born on 17 December 1953 in Hornell, New York. Pullman’s father, James, was a doctor and his mother, Johanna (maiden name Blaas), was a nurse. Pullman has one brother – Jay Pullman.

Bill Pullman married the modern dancer Tamara Hurwitz on 3 January 1987. The couple today has three children: Lewis Pullman, Maesa Pullman, and Jack Pullman. Maesa is both a singer and a songwriter, while Jack makes a puppet. Lewis is the most famous, for he too followed his father’s footsteps and is an actor.

Bill has been a theater teacher at the State University of New York at Delhi, his alma mater. He also served in the capacity of an adjunct professor at the Montana State University’s School of Film and Photography, which is located in Bozeman, Montana. Surprisingly, Pullman was convinced by his students to dabble in film.

Pullman received an injury in his head when he was twenty, which led to a loss of his olfactory senses as well as the senses in his left elbow. Pullman is also the co-owner of a cattle ranch with his brother Jay Pullman which is located near Whitehall, where he also lives for some time every year. Pullman is one of the members of the Board of Trustees at Alfred University. An honorary doctorate was awarded to him on 14th May 2011 from his former place of employment, Montana State University.

No, Bill Pullman is not gay. He has been married to Tamara Hurwitz for quite some time now and identifies as a straight, white man.

Pullman’s early career consists of theater shows. He worked for several theater companies in New York as well as Los Angeles. Pullman’s first significant role was in the movie Ruthless People, where he was cast with film legends such as Danny DeVito and Bette Midler. This was followed by a plethora of films where he played a multitude of characters. Pullman starred in the movie Spaceballs where he was given the lead role.

Then came a movie with Zakes Mokae by the name of The Serpent and the Rainbow. In 1995, Pullman appeared in the film While You Were Sleeping. The following year he took up the role of the US president in Independence Day, which is remembered as one of his primary roles. In 1997, Pullman was seen in Lost Highway and even voiced a character in an animated film called Titan A.E.

Today you may remember Pullman from The Grudge and Scary Movie 4.

Pullman is also a writer. His debut play was called Expedition 6 and first performed at Magic Theater, in San Francisco, in the year 2007. He also acted in a play co-starring Julia Stiles.

Net Worth, Salary & Earnings of Bill Pullman in 2021

Bill Pullman has amassed a fortune with his acting career. His net worth as of 2021, is a cool $20 million! His primary source of income is obviously his profession but also the jobs he held as a professor of theater.

Bill Pullman has had an incredible career as an actor and a writer. His range across the stage and camera is indeed versatile. Today he is the Jury Member of Filmaka. This platform aims to bring due recognition to be unknown or underrated filmmakers who can then show it to professionals in the business. 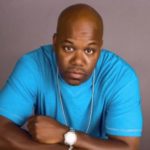 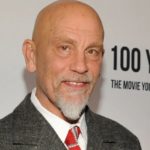