With an initial name as Billie Jean Moffitt, Billie Jean King is a former American tennis player. She had been given the title of World No. 1 professional player in tennis. She used to represent the United States in both Federation and Wightman Cup. She had also been the captain for the United States in Federation Cup for three years. Apart from being a tennis player, she also has her role as an advocate in promoting gender equality.

Billie Jean King had her birth on 22 November 1943. She was born in Long Beach, California. Her father was Bill Moffitt, who was a firefighter, and her mother, Mildred Rose. She belonged to a family that had an athletic background. From an early age, she used to excel in sports and games. She played baseball and softball. Later at eleven of age, she chose tennis continued playing that. She belonged to a Methodist family.

Billie Jean married Larry King, who was her college classmate, on September 17, 1965. In 1964, they had their engagement. After three years of their marriage, in 1968, she realized that she had more attraction towards women than men. She was found dating her secretary, Marilyn Barnett, in 1971.

Later, Marilyn created many issues in Billie and Larry King’s life. After knowing about their relationship, Larry, however, didn’t leave Billie. But then their marriage had to end in 1987 after Billie fell for Ilana Kloss, her partner in doubles. Although Billie and Larry were separated, they still were on good terms, and Billie always had the support of Larry.

Yes, sources and her relationships say that Billie Jean is bisexual. Although she was married to Larry King, she later discovered that her attraction is more towards women and hence had a relation with two women. But to be more specific, she addresses herself as bisexual as she is attracted to both men and women.

Billie Jean King has an illustrious history in the professional field of tennis. She started playing and practicing tennis from a very young age. In 1958, Billie became the winner of the Southern California championship, which led her to gain name and recognition.

She has won some Major Singles Titles, and eventually, in 1968, she had the rank of No. 1 in the world for women’s tennis. During her tennis career, she has made through 39 major slams, including 12 singles, 16 doubles, and 11 mixed double championships. Billie announced her final retirement in 1990.

After knowing about her sexual interest and bringing out her being bisexual in public, she decided to work and fight for the rights of LGBT and gender equality. She has served to be an advocate for the same. After her retirement, she completely had her focus on promoting gender equality and justice.

Billie Jean has brought immense recognition and appreciation through tennis. She is the owner of many awards and titles during her tennis career. Some of the major awards she received include Associated Press Female Athlete of the Year in 1973 and 1967, Shorty Award for Athlete in 2014, BBC Sports Personality of the Year Lifetime Award in 2018. The list of achievements that Billie has earned during her lifetime is endless. Not only through tennis, but she has also received acknowledgments for her work towards gender equality.

Net Worth, Salary & Earnings of Billie Jean King in 2021

According to 2021 reports, Billie Jean’s net worth is an estimation of $25 million. She is a former professional tennis player and has made some huge achievements during her lifetime. She also works as an advocate for gender equality in sports. All her sources of income clearly justify her current net worth.

Billie Jean King is a name that would undoubtedly stand for a strong and talented woman in the field of tennis. She had a dream to become a world-class tennis player, chased it, and made it come true. She never hesitated to put forward her thoughts and desires. Her true self helped her achieve all the heights. 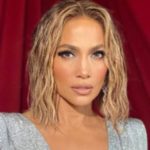 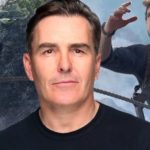