We all dream of keeping fit, but the truth is, it never comes easy. This has been on many people’s New Year’s lists but as the year progresses, it proves a great challenge. Therefore, what we wish and hope for is that one day, this dream will become a reality. For Billy Blanks, it is no longer a wish, but that is his lifestyle.

Billy is known all over the world for being a successful American fitness guru as well as a martial artist. With time, these two have gone a notch higher and he has ventured into the film industry as an actor. He is also the creator of the famous Tae Bo exercise program.

There was no better way of starting the month of September than by welcoming a handsome and strong baby boy into the family. This is the story Billy Blanks has since 1st of September 1956. After some consultations, they decided to name their son William Wayne Blanks.

At the time of his birth, his parents were living in Erie, Pennsylvania in the United States of America. Billy was born with a hip joint anomaly that impaired his movement which resulted into taunts from his siblings and friends. Little did they know that one day, their brother would become a great name in the fitness world.

Billy Blanks is not new to martial arts as he started training at the age of eleven. He first started with Karate then Taekwondo classes. Although he did his best, even his own instructor didn’t have faith in him due to the anomaly he had in his hip joints. They all believed that Billy wouldn’t amount into anything. However, he found his consolation in Karate and he loved what he did.

His inspiration was watching Bruce Lee on TV and he realized he wanted to be a famous world martial-arts champion when he grew up. For this reason, there is very small information about his education except that he attended Reseda High, then graduated from Hollywood High Performing Arts Center. It is however not clear whether he joined college after graduating from high school or not.

Before mentioning anything about Billy’s love life, it is important to note that he is a Christian and one of the fitness packages he has is known as the Believers series which comprises Christian components including motivational prayers. He has also been featured severally on the Christian television known as TBN.

In 1974 at the age of 19, he married Gayle H. Godfrey who was also a student in karate class. Gayle had a daughter who was born in 1973 named Shellie and Billy adopted her immediately after their wedding. The couple also has a son together named Billy Blanks, Jr.

Shellie Blanks Cimarosti and her half-brother Billy Blanks, Jr, have also followed into their father’s footsteps as Shellie is a martial artists and has prominently been featured in many Tae Bo videos. She also has her own videos which she has titled Tae Bo Postnatal Power. She is also the host of Tae Bo T3 (Total Transformation Training) which is her father’s infomercial.

On the other hand, his son Billy Blanks, Jr. works as a singer, dancer and fitness instructor. He has also produced several best-selling DVDs including Fat Burning Hip Hop Mix and Cardioke. Billy and Gayle’s marriage didn’t have a happy ending as the two divorced in 2008 after being together for 33 good years.

Billy was in a relationship with Tomoko Sato and their welcomed their daughter together named Angelika in November 2008. They formerly registered their marriage in January 2009 and celebrated their union on 20th June 2009. In the same year, they relocated to Japan.

Billy is definitely not gay. His marriage of more than 33 years with his ex-wife Gayle and his current marriage to Tomoko is enough to prove this.

Initially, he started as security/bodyguard for lead actress Catherine Bach who was featured in Driving Force. This was a film shot in Manila at a time when there was major political unrest. Without knowing it, he impressed the film’s producer which made him give Blanks a supporting role in the process.

Apart from being featured in different films, he also worked on his own Tae Bo workout. He worked on this while he was still running his own taekwondo studio which was located in Quincy, Massachusetts.

Bill has attained a lot over the years he has been in this career. Some of the awards he has won include; seven-time world karate champion, induction into Karate Hall of Fame in 1982 and many others.

Net Worth, Salary & Earnings of Billy Blanks in 2021

It is not only about fame but also what you earn in return. As of 2021, Billy is among the richest fitness instructors in the U.S. with a net worth of $25 million. He has earned all this wealth through his commitment in his career.

Although nobody saw Billy amounting to anything in life, he took advantage of this to prove them wrong. Today, he is among the most successful fitness guru in the world. 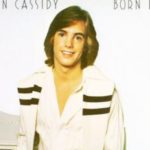 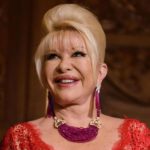