Billy Dee Williams is an American actor, voice actor, and singer who came to prominence in the early ’80s with his appearance as Lando Calrissian in The Empire Strikes Back (1980). However, he started his career in 1959 with the portrayal of Josh Quincy in The Last Angry Man. With time, he has also amassed a huge fan base with more than 300k followers on Twitter and more than 250k followers on Instagram

Billy Dee studied at the Booker T. Washington Junior High School. Later, he joined the LaGuardia High School of Music & Art and Performing Arts from where he graduated with a major in arts in 1955.

At LaGuardia, he was given a 2-year scholarship to study with a focus on classical principles of painting at the National Academy of Design.

Billy is represented by Kramer Management and TalentWorks.

He has released his music with Prestige Records.

Billy’s name has been linked with –

He has described himself as a person with anima and animus.

He has appeared in commercials for various brands including Colt 45. 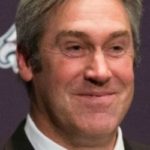 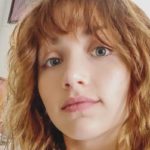