Bobbi Brown is an American entrepreneur best known with her work with beauty products. She started with some ten simple lipsticks that she never thought would become one day a big brand in the US. She founded Bobbi Brown Cosmetics which she steered to great success until 2016 when she stepped down. Besides her beauty empire, Bobbi is a NYT bestseller author with her books about beauty and wellness selling millions of copies worldwide.

Bobbi Brown was born on 14th April 1957 in Chicago, Illinois to her parents Joe Brown and Sandra Cain. Very little is known about her parents as she rarely talks about her family. She was born to a family of three children. She has a brother by the name Mike Brown and a sister called Linda Arrandt.

The three grew up together in Chicago where they also attended school. Apart from this information, much of her childhood is not known with Bobbi opting to talk more about her career and leave people guessing about her personal life.

Just like her childhood life, very little is known about Bobbi’s education background. Having been born and raised in Chicago, it’s believed this is where she started her early education all the way to high school. At one time, she opened up in an interview she wasn’t good in maths as she always got a D.

After high school, she joined Emerson College which is in Boston where she graduated with Theatrical make-up and photography degree. After her graduation, she moved to New York City where she was determined to launch her career. Since leaving Emerson College, she hasn’t furthered her education as her career has taken much of her time.

Bobbi has been a very private person making it hard to known about her personal life. She is one of those businesswomen who make sure their private lives don’t play in the media. She has successfully managed to protect her family from daily media scrutiny. Besides that, she is known to be a married woman who has been married to her husband Steven Plofker for more than three decades.

The two are blessed with three boys, Dylan, Dakota and Duke. Since the start of her cosmetic company, her husband has been very supportive even when she had to use all her savings to start the business. He has been on her side and today, besides being husband and wife, they are business partners. Currently, Bobbi and her husband lives in New Jersey.

Bobbi is not gay and has never been in a gay relationship. She is known to be married to her husband Steve and the two have been married for more than three decades.

Since her school days, Bobbi new what she all she wanted to do is become a make-up artist and that’s why she took the self-directed course in Theatrical Make-up while in university. After university, she left for New York City in 1980 to become a professional make-up artist. While working during a shoot, she noticed how the makes were of poor quality making her work difficult. This is when she met with a drug store chemist and the two decided to partner together.

She created ten simple lipsticks which she projected to sell 100 units in a month, to her surprise, she sold 100 in a day. Bobbi and her husband later launched Bobbi Brown Essentials brand in partnership with another couple. Her line of make-up was a huge success and the company grew much faster than she thought. In 1995, Estee Lauder approached her with a good offer of buying the company but retain her as their employee, an offer she accepted. She worked for Estee Lauder until 2016 when she stepped down

With a successful career in beauty products, it wasn’t easy for her work to go unnoticed. She has been recognized severally and her work awarded. Among the awards she has received include Glamour Woman-of-the Year, Robbie Humanitarian Award as well as being appointed in the advisory trade committee during the president Obama administration. These are just some few of the awards she has received so far.

Net Worth, Salary & Earnings of Bobbi Brown in 2021

Much of Bobbi’s wealth can be traced from her business career and her work as an author. Selling her company made her a millionaire while her currents business ventures are doing pretty well. As of 2021, She is currently estimated to be worth around $60 million.

Besides her work in wellness and beauty products, she has authored nine books and together with her husband they run The George Hotel in New Jersey. The hostel opened its doors in 2018 after renovation work was completed. 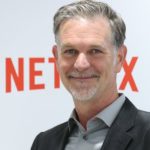 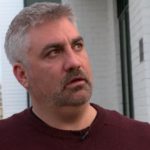