Bobby Jindal is a popular American politician. He is a member of the Republican political party and is most well-known for serving as the Governor of Louisiana for 8 years in the period between 2008 and 2016. He is equally famous for his work as the Secretary of the Louisiana Department of Health and Hospitals.

Bobby Jindal, whose full name is Piyush Bobby Jindal was born on the 10th of June 1971 in Baton Rouge, Louisiana, U.S. to parents,  Raj Jindal (previously, Raj Gupta) and Amar Jindal. He was born into a Hindu family and his parents moved from India to the U.S. just half a year before he was born. His father is a civil engineer by profession while his mother used to work in the field of nuclear physics. He has a brother named Nikesh Jindal.

Bobby Jindal received his education from Baton Rouge Magnet High School from where he graduated in 1988. His attention wasn’t just limited to studies during his time in high school, as he competed in tennis tournaments and started several businesses including a retail candy business.  Besides, he worked at LSU football games from time to time.

He then went to study at Brown University, from where he graduated in 1992 with majors in public policy and biology.  In the same year, he made it to the USA Today All-USA Academic Team when he was just 20 years old. Following that, he studied at New College of the Oxford University from where he earned his MLitt in political science with an emphasis in health policy.

Bobby Jindal married Supriya Jolly in 1997 and the two have been together ever since. They are blessed with a daughter named Selia Elizabeth, and two sons named Shaan Robert and Slade Ryan. It’s worth being mentioned here that both Bobby and Supriya went to the same high school, but they didn’t start dating until much later. Coming to his religious views, Bobby Jindal is a Christian as he converted to Christianity during his time in high school

Bobby Jindal is straight when it comes to his sexual orientation and is neither gay nor bisexual. Bobby Jindal has been married to Supriya Jolly (now, Supriya Jolly Jindal) since 1997 and has three children with her as well. Also, he isn’t a fan of same-sex marriage and prefers traditional marriage. So, there’s no question of him being either gay or bisexual.

Bobby Jindal didn’t go into politics right away after completing his education.  He began his professional life by working at the world-famous consulting firm, McKinsey & Company. He then did his summer internship in the office of the popular American politician, Jim McCrery. This association would prove incredibly fruitful for him as it was Jim who introduced him to Mike Foster who was the Governor of Louisiana at the time.

In 1996, Jindal became the Secretary of the Louisiana Department of Health and Hospitals and he proved to be amazing at this role. He was able to move Louisiana’s Medicaid program from bankruptcy to a $220 million surplus.  Three years later, he began working as the President of the University of Louisiana System.

After that he worked as the Assistant Secretary of Health and Human Services for Planning and Evaluation from the 9th of July 2001 to the 21st of February 2003 following which he returned to Louisiana. He ran for mayor during the 2003 elections but wasn’t successful in his attempt.

The following year, he opted to run for Louisiana’s 1st congressional district, but this time he was successful, and that too, with a 78 percent vote in his favor. He won the 2006 election with 88 percent votes in his favor.  He then served as the Governor of Louisiana from 2008 to 2016 that included two terms.

His performance in both terms was very well praised and appreciated. Since 2017, he has been working as an operating adviser for Ares Management. Apart from politics, Bobby Jindal is into writing as well. His writings have been published in New Oxford Review among others. Apart from that, his book “Leadership and Crisis” was released in 2010.

Net Worth, Salary & Earnings of Bobby Jindal in 2021

As of 2021, Bobby Jindal has garnered a net worth of $6 Million. He has garnered most of his earnings from his career in politics. He began his professional life by working at the popular consulting firm, McKinsey & Company. Later, in 1996, he became the Secretary of the Louisiana Department of Health and Hospitals and did amazing work in the position. He became the Governor of Louisiana in 2008 and served till 2016, which included two terms. He has been working for Ares Management since 2017.

While not everyone is a fan of Bobby Jindal, it can’t be denied that he has done his fair share of good work for the people. With that being said, we wish him the best of luck for all his future endeavors and hope he keeps doing good for society like he always has. 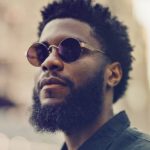 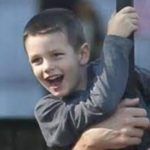