Bradford Claude Dourif is an American actor popularly known as Brad Dourif. He began his career in 1973 but rose to fame in 1975 after his supporting role in the film “One Flew Over the Cuckoo’s Nest” as Billy, which made him an Oscar Award nominee and the winner of Golden Globe and BAFTA. He has appeared in several other films and won numerous awards and nominations for his outstanding performance.

Brad Dourif was born on 18 March 1950 in Huntington, West Virginia, in the United States. He is the son of Jean Henri Dourif and Joan Mavis Felton. His father was an art collector and also operated and owned a dye factory, while his mother was an actress. After the death of his father in 1953, his mother remarried William C. Campbell, a golfer. He has three sisters, namely Diana, Patricia, and Christiane.

Dourif first attended Aiken Preparatory School, where he pursued his art and acting interests. He later joined Fountain Valley School and graduated in 1968. In 1969, he appeared at the Fountain Valley Film Festival as an Amateur, where he took 8th position in the 8mm film, with a 10-min entry “Blind Date.”

He briefly attended Marshall University, after which he dropped out and moved to New York to pursue acting after he was advised by actress Conchata Ferrell.

Dourif was married to Jonina Dourif, who is now late. Her name is sometimes presented as Janet in the media. The two were blessed with two daughters, namely Christina, also written by Kristina and Fiona Dourif.

No. Dourif is straight as far as sexual orientation is concerned. He is neither gay nor bisexual and has never had such rumours. He was married to Jonina, but unfortunately, she is now late. After the death of his wife, he did not move on and is currently focussing entirely on his career.

Dourif started his career by participating in various stage productions in the community theatre and later joined the Huntington Community Players. He was still attending Marshall University during this time. After moving to New York, he studied his acting career with Sanford Meisner. He worked at the Circle Repertory Company together with Marshall Mason and Lanford Wilson.

He appeared in several plays in the 1970s like “The Ghost Sonata,” “The Doctor in Spite of Himself,” and “When You Comin’ Back, Red Ryder?” he was spotted by Milos Forman in the latter and cast in “One Flew Over the Cuckoo’s Nest” in 1975. He stayed three decades away from the stage but reappeared in 2013 alongside Amanda Plummer in “The Two-character Play.”

Apart from stage productions, Dourif has played in a number of films. His first acting film was “Split” although it was not released. He took part in another film in 1975 called “W.W. and the Dixie Dance Kings”, but his part was omitted. In the following years, he appeared in more films like “Eyes of Laura Mars”, “John Huston’s Wise Blood,” “Ragtime,” “Istanbul,” “Dune,” and “Blue Velvet.”

He has played in several horror films, the most popular being the voice of Chunky in “Child’s Play.” In “The Exorcist III”, he portrayed as the Gemini Killer. Other films include “Death Machine,” “Alien Resurrection,” “Halloween,” “Halloween II,” and “Curse of Chunky”, among many others.

He appeared in a television episode in 1984, “Number Eight” of the “Tales of the Unexpected.” He took part in an episode of the X-Files of “Beyond the Sea” as Luther Lee Boggs, the serial killer. He played in three episodes of “Star Trek: Voyager” as Lon Suder. He has also taken in music, most notably the spoken word vocals in “Misery Together” album by Norwegian duo, Thinguma. Other music videos he has appeared in are “Stranger in Town” and “Drinking from the Bottle.”

Net Worth, Salary & Earnings of Brad Dourif in 2021

As of 2021, Dourif has accumulated an estimated net worth of $8 million. He has acquired wealth from his acting career after working in numerous films and television series. He has also appeared in a number of music videos.

Brad Dourif is one of the greatest actors of all times. He has appeared in numerous films and television, which has made him become a popular figure all over the world. At first, he wanted to become a flower arranger but was inspired by his mother to pursue an acting career as she was also an actress. 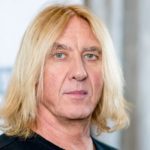 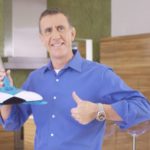