Braison Cyrus is a 27-year-old model and aspiring actor from the United States. He was exposed to the modeling and acting profession at a young age because he was born into a family of artists. Later, he began modeling and was signed by Wilhelmina Models, a reputable modeling agency.

He aims to be an actor and is looking forward to the release of Ryan Bottiglieri’s ‘Heels,’ his first feature film with a credited part, in late 2017. He is naturally artistic, and he shares numerous of his paintings and sketches on social media, much to the joy of his fans. Though there isn’t much information on him, based on his photo updates, it appears that he has a close relationship with his family and siblings.

He is the family’s second youngest child, barely one year older than Noah Cyrus. He is known to be quite close to his siblings, as seen by the countless photographs he publishes on social media with them. Braison Cyrus has a sizable Instagram following.

He went to an art school and is well-known for his artistic abilities. His sister Noah claims he has the greatest voice in the family and is the most gifted of all his siblings! He’s joined Miley Cyrus on a number of her tours and TV appearances. The siblings received identical tattoos on their trip to Australia for the Bangerz Tour.

Braison and Stella married in November of this year. Miley posted on social media at the time, “My baby brother got married on the most gorgeous sunny Tennessee day standing on top of the same hills where we grew up playin.” “Braison, I adore you. I’m overjoyed for you and Stella.”

Braison held the ultrasound photos while Stella beamed and caressed her baby belly when the pair announced they were expecting their first child together in December. Braison, 26, posted on Instagram, “Extremely blessed and grateful to report that @stellamcyrus and I are expecting our first child.” “This is our kid, who will be born in June. I’m already a big fan of this little guy.”

On June 8, Miley Cyrus’ younger brother and his wife, Stella, gave birth to their first child, a baby boy called Bear Chance Cyrus. On Friday, the new parents announced the joyful news on Instagram, along with lovely photos of themselves with their little bundle of joy.

“Bear Chance Cyrus was born at 10:05 p.m. on June 8, 2021. He’s 9 pounds and 22 inches of pure delight. During Bear and @stellamcyrus’s herculean accomplishment of birthing him, God poured out every ounce of his kindness, tenderness, beauty, and strength “Along with a photo of himself holding his baby, Braison wrote. “I’m very grateful that baby and his mother are both well, and I’m in awe of her courage and bravery.”

He went on to say that he is “We are grateful to the hospital personnel as well as our friends and family for their encouragement and support. God is wonderful. Hallelujah.”

At the age of seven, Braison Cyrus made his acting debut in the television series “Doc.” Later, he made an appearance on Miley Cyrus’s Hannah Montana program. He’s also appeared in Miley Cyrus documentaries including ‘The Real Miley Cyrus’ (2007) and ‘Miley Cyrus: Live at the O2’ (2010). With time, his desire to pursue modeling intensified, and in 2012, at the age of 18, he joined up with Wilhelmina Models to pursue it.

He has a strong interest in music and has also played in a local band. Braison Cyrus has been seeking for a professional break in the film business in addition to modeling. His first acknowledged appearance as an actor is in the comedic feature film “Heels,” which is expected to be released in late 2017.

Net Worth, Salary & Earnings of Braison Cyrus in 2021

Braison Cyrus is a really talented individual just like the rest of his family. Apart from music, he has gone on to do modeling and acting in which he has also achieved some success. We wish him all the best and look forward to more of his work. 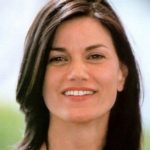 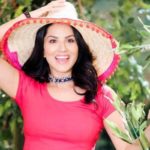