Brandon Richard Flowers, popularly called Brandon Flowers, is an American musician, also a singer and songwriter. His popularity is a result of being the lead singer and keyboardist of The Killers, a rock band based in Las Vegas. He has also released two solo albums on his own.

Brandon Flowers was born in Henderson, Nevada, on June 21, 1981. His the last child in a family of six siblings. His brother is twelve years older than him and also has four older sisters. His parents are Terry Austin Flowers and Jean Yvonne. His family moved to Payson, Utah, when he was eight and moved to Nephi, Utah, after two years. At this time, he was in his sixth grade and stayed there until his junior year in high school.

Brandon attended Juab High School until his junior year. He later moved to Las Vegas to live with his aunt. While here, he enrolled at Chaparral High School and graduated in 1999. He was a member of The Church of Jesus Christ of Latter-day Saint while in Las Vegas. This prepared him for the world of rock and roll.

Brandon has been married to Tana Mundkowsky since 2005. They have two homes, one in Las Vegas, Nevada and the other one in Park City, Utah. They have three sons together, and all of them took part in their first Killers concert in 2017.

His song, “Some Kind of Love,” was a dedication to his wife while she suffered complex PTSD. Another song, “A Dustland Fairytale,” was a tribute to their marriage and lifelong romance as they as teenagers.

Brandon Flowers is straight as far as sexual orientation is concerned. He is neither gay nor bisexual and has never had such rumors. He has been married to his wife, Tana Mundkowsky, after meeting during their teenage years. Together, they are blessed with three sons. They live happily together with no intentions of separating.

Brandon had his way through in 2001 after he reacted to an ad by Dave Keuning in Las Vegas Weekly. They turned into the killers and soon were joined by Mark Stoermer as the bassist and Ronnie Vunnucci, the drummer. Their line-up became official in August 2002. Between 2003 and 2017, they have topped five consecutive studio albums and sold over 22 million records worldwide.

Apart from his music with the Killers, he has also embarked on his solo career. He released his solo album, Flamingo, and was among the top ten albums in ten countries and peaked number one in the UK. “Crossfire” was his first singe in Flamingo album and was certified silver by BPI. The single also featured Charlize Theron, and NME nominated the song as Best Video.

His second solo album, “The Desired Effect,” was released on May 15, 2015, and this was after some band members wanted to take a break from touring. This album was listed as number one on UK Album Chart. Apart from working with the Killers, Brandon has collaborated with Robbie Williams, Alex Cameron and Avicii.

Brandon has been successful in his career and won several awards and recognition. His lyrics on the Killer’s single “I Got Soul, But I’m Not a Soldier” won one of the seven Grammy nominations the band has received. Their second album, Sam’s Town, which paid homage to Brandon and his family, won them their first BRIT Awards. His first solo album, Flamingo, earned him a Q Award nomination for Best Male Artist. His solo, Crossfire, was certified silver by BPI and also nominated by NME Awards for best video.

Net Worth, Salary & Earnings of Brandon Flowers in 2021

Brandon Flowers has had a successful career life and has accumulated a net worth of $25 million as of 2021. He has made his wealth from the sale of the various albums with The Killers. He has also released his solo albums which have greatly contributed to his earnings. He has also held various concerts, even with his family, which is another source of his income.

Brandon Flowers has become the most popular music as a lead vocalist and keyboardist for the musical band, The Killers. He led them to record five studio albums. His solo career is also doing very well, and his songs are becoming popular day by day. 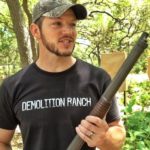 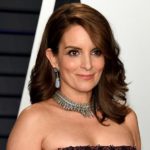