Brenda Song is a popular actress who started her career as a child fashion model. She is mostly famous for her role in the popular sitcom called “Suite life of Zack and Cody.” She has also starred in several other popular shows and movies. She has also performed as a singer in some songs which have been loved by the masses. She has also been bestowed with several awards for her work as an actor.

Brenda Song was born and brought up in Carmichael, which is a suburb in Sacramento, California. Her family belongs to Thai and Hmong descent. Her family used to go by the name Xiong from the Xiong clan; however, they decided to change it to Song after shifting to America.

Because of her career as an actor since her childhood, Song couldn’t devote time to going to an excellent high school, so she used to be homeschooled, and she was really sharp as a child. She completed her high school diploma at the age of 16. As a child, Song was very talented and wanted to learn ballet; however, her brother wanted to learn taekwondo.

So she went to learn taekwondo with him, and she emerged to be good at it and also eon a black belt. In the ninth grade, Song received the title of All American Scholar. Following high school, she studied specific courses in community colleges. She then went on to pursue a degree in psychology as well as business from the University of California, Berkeley.

Brenda Song used to be in a relationship with the famous musician called Trace Cyrus since 2010, and the couple had also been engaged; however, their love was short-lived, and they canceled the engagement after two years and ended their relationship in the year 2017.

Following her break up, Song soon found love in the actor Macaulay Culkin, and since then, the couple has been inseparable, though they are not engaged yet. Song has had a fair share of relationships in her past; however, nothing materialized into something serious.

Brenda Song used to date the musician Trace Cyrus since the year 2010, and they called it quits in the year 2017, after which she is in a relationship with actor Macaulay Culkin. So it can be confirmed that she is not a lesbian.

Brenda Song started her career at the age of six as a child fashion model after discovering an agent in the mall. She used to appear in barbie commercials. She got her first acting job in a short film of an AFI student in the year 1995. She has worked in TV shows like Fudge, Thunder Alley, etc. In the year 2005, Song got the role that is responsible for her popularity, the part of London Tipton on the top-rated show “The Suite Life of Zack and Cody.” Currently, she stars in the show called “Real Life,” which she started in 2017.

Net Worth, Salary & Earnings of Brenda Song in 2021

Brenda Song is a very talented and popular actress who has had several prominent roles in popular TV shows and movies and has worked with production houses like Disney. Most of her income is derived from her career as an actress in several TV shows and her modeling and singing. As of 2021, She holds a net worth of $6 million which she has achieved through her talent and hard work, which she has been doing since she was just 6.

Brenda Song has had a remarkable career in the entertainment industry. Since her childhood, she has faced the camera quite confidently and was never intimidated by the spotlight. She is really talented and hardworking, which has garnered her the love of the masses and constant work. 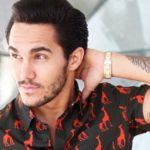 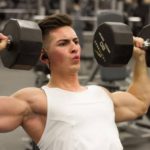