Bruno Mars is a popular American singer and songwriter. He is most well-known for his albums, “Doo-Wops & Hooligans”, “Unorthodox Jukebox” and “24K Magic” all of which landed him a Grammy Award win among other honors. He also holds the Guinness World Record of being the “First Male Artist to achieve three 10-million-selling-singles”.

Bruno Mars, whose real name is Peter Gene Hernandez, was born on the 8th of October 1985 in Honolulu, Hawaii, U.S. to parents, Peter Hernandez and Bernadette San Pedro Bayot. His father worked as a percussionist while her mother worked as a hula dancer. Coming to his siblings, he has a brother, Eric Hernandez, and four sisters, Presley, Tiara, Jaime, and Tahiti Hernandez. Bruno was drawn to music at an early age itself and he began performing in his family’s band, The Love Notes when he was just 4 years old.

Bruno Mars received his education from President Theodore Roosevelt High School, which is located in Honolulu, Hawaii. During his time, he sang in a group called The School Boys

Bruno Mars has been in a relationship with the popular American actress, Jessica Caban since 2011. He has previously dated the popular British singer, Rita Ora from 2009 to 2011 and the popular actress, Chanel Malvar from 2007 to 2012.

Bruno Mars is straight when it comes to his sexual orientation and is neither gay nor bisexual. He is currently in a relationship with the popular American actress, Jessica Caban. He has previously dated the popular British singer, Rita Ora and the popular actress, Chanel Malvar. Going by his relationship history, it’s clear that he is straight.

Although Bruno Mars began her career in 2003 at the age of 17, he only tasted success in 2009 after being featured on Jaeson Ma’s debut single “Love”. In the same year, he was featured on B.o.B’s “Nothin’ on You”, which was a huge success, and it captured the top position on US Billboard Hot 100. The following year, Mars released his debut EP, “It’s Better If You Don’t Understand” which captured the 99th position on the US Billboard 200.

In 2010 itself, he released his first studio album, “Doo-Wops & Hooligans” which not only captured the 3rd position on the US Billboard 200 but also sold 15.5 million copies worldwide. In 2011, he released the single “It Will Rain” which was a part of the official soundtrack of the popular romantic fantasy film, ”The Twilight Saga: Breaking Dawn – Part 1” which was a success as well.

His second album, “Unorthodox Jukebox” came out in 2012 and it captured the first position on the US Billboard 200. Likewise, the singles, “Locked out of Heaven” and “When I Was Your Man” which was part of the aforementioned album also captured the top position in the U.S.

In 2019, he released the single, “Please Me” with Cardi B, which captured the third position on the US Billboard Hot 100. Apart from being a singer, he is an amazing songwriter as well. He did great work as part of the songwriting and record production team, The Smeezingtons. The other members of the team were Philip Lawrence and Ari Levine. As part of the team, he has co-written the massively successful songs, “Fuck You” and “Nothin’ on You”.

Net Worth, Salary & Earnings of Bruno Mars in 2021

As of 2021, Bruno Mars has garnered a net worth of $200 Million. He has garnered most of his earnings from his career as a singer and a songwriter. Apart from that, the music tours he goes on and the countless endorsements he does, have only added to his net worth. In fact, he is one of the most successful musicians of all time. Also, he consistently makes it to the list of highest-earning musicians and in 2011, he was also included in Time magazine’s list of the 100 most influential people in the world.

Bruno Mars has been an exceptional musician and his work shows that. He has been involved in various philanthropic works as well, which shows the kind of heart he has. With that being said, we wish him the best of luck in all his future endeavors and hope he keeps entertaining and inspiring us like he always has. 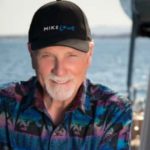 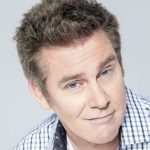