Bruno Senna is a Brazilian professional racing driver who has competed in several top-flight motorsports competitions such as Formula One (2010-2012), Formula E (2014-2016), FIA World Endurance Championship (WEC) (2013-2014, 2016-Present), 24 Hours of Le Mans endurance race (2013-2014, 2016-Present), Stock Car Brasil (2014-2015), and the WeatherTech SportsCar Championship (2017-2018). He had won the FIA World Endurance Championship in the LMP2 class in 2017 after having finished runner-up in the same category in the previous year. In November 2019, when he won the 4 Hours of Shanghai endurance event in the LMP1 class, he became the first driver in history to have won a race in every WEC class (LMP1, LMP2, and LMGTE Pro). Before racing in the premier tiers, he had participated in numerous feeder-level competitions and won the 2006 Formula 3 Australian Grand Prix, finished runner-up at the 2008 GP2 Series, and stood 3rd at the 2006 British Formula 3 Championship.

Bruno has raced for –

He is of Portuguese, Spanish, and Italian descent. 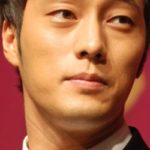 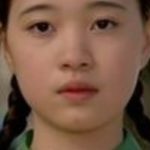