Caitlyn Jenner, formerly Bruce Jenner is a former decathlete and also a champion transgender woman. She gained fame in the seventies after she won numerous championships in the decathlon Olympics. Caitlyn is also a champion for LGBTQ rights and transgender women. She gained worldwide recognition after coming out bravely in 2015 claiming she was a woman. Caitlyn was also a star in the reality TV show Keeping Up with the Kardashians and also the TV documentary I Am Cait.

Caitlyn Marie Jenner was born on October 28, 1949, in Mount Kisco, New York. She was originally born male and was given the name William Bruce Jenner which she changed in 2015. Her parents were William Hugh Jenner and Esther Ruth Jenner. Both her parents were arborists or tree surgeons. Jenner traces her roots as being of Scottish, Irish, Dutch, and Welsh ancestry. Jenner had a younger brother named Burt who was unfortunately killed in a car accident in 1976. The tragedy happened shortly after his success in the Olympic Games.

Jenner sipped from the fountain of education when she attended the Sleepy Hollow High School for her first and second year. She later graduated in 1968 from the Newtown High School which is located in Newtown, Connecticut. Being the athlete that she is, she bagged herself a football scholarship and attended Graceland College which was later renamed Graceland University.

Later on, she suffered a knee injury which led her to drop out of football but the school’s track coach encouraged her to participate in the decathlon. In 1970 he debuted in the decathlon where she was in fifth place. She graduated in 1973 holding a degree in physical education.

Before her gender transition, Caitlyn was married thrice. She was first married to Christie Scott. The two tied the knot in 1972, and together they sired 2 children, Burton and Cassandra. The two later got divorced in 1981. In January of the same year, Jenner married Linda Thomson who was an actress. Their wedding venue was Hawaii. As a result of the union, they sired two sons namely Bradon and Brody Jenner. Brandon and Brody are both accomplished TV personalities who have both appeared on reality TV shows.

Jenner’s final marriage was to Kris Kardashian, whom they tied the knot in April 1991. As a result of their marriage, they got two daughters namely, Kendall and Kylie Jenner. She was also the stepfather to Kris’s children who were Kourtney, Kim, Khloe, and Robert. The couple separated in 2013 claiming irreconcilable differences. The two got divorced in 2015.

Jenner came out as a transgender woman in 2015, and she claimed that she had finally settled the gender dysphoria that had haunted her since her youth. She claimed that for many years she had cross-dressed and even went through hormone replacement therapy for years but stopped when her relationship with Kris became more serious.

According to Jenner, she has always been more attracted to women but has never been attracted to men. She claimed that people had difficulties differentiating between sexual orientation and gender identity. As a result, she prefers describing herself as asexual, meaning she has no sexual interest with anyone whatsoever. Jenner underwent cosmetic surgery, and she completed her sex reassignment surgery in 2017.

Jenner’s career kicked off as a decathlete. She took part in the 1972 Olympic trials in Eugene Oregon. She qualified for the team due to a 22-second gap that she left her opponents within the final lap. After participating in the 1972 Olympics held in Munich she finished tenth. Due to a win in the 1974 American championship, she was featured on the cover of Track and Field News.

Due to her fame in the Olympics championship win, she gained exposure. She gained modeling stints where she posed for covers in popular magazines. She also became the spokesperson for cereal brand Wheaties and also enjoyed minor roles in television series and movies. She had a recurring role in the TV series Chips and from 2007 to 2016, she was a star on the reality TV series Keeping Up With the Kardashians.

Caitlyn has had many accomplishments throughout her lifetime. This all began when she first participated in the decathlon. In 1974, she won the American Championships which led her to be featured on the cover of Track & Field News Magazine. In 1975, she won the French National Championships and a gold medal at the Pan African Games.

Due to the outstanding performance, she showed at the Olympic decathlon, Jenner became a national hero and was awarded the James E. Sullivan Award as the top armature athlete in the United States. She was also named the Associated Press Male Athlete of the year in 1976.

Net Worth, Salary & Earnings of Caitlyn Jenner in 2021

As of 2021, Caitlyn Jenner’s net worth is said to be $120 million. This is not surprising since her long career as a professional athlete had ensured her fame and success. She also received hefty pay due to her appearances in TV series and movies. For the better part of her career as an athlete, she appeared on covers of magazines and has been given roles such as the spokesperson for cereal brand Wheaties.

Caitlyn’s bravery while coming out as transgender is truly awe-inspiring. She overcame her fears of rejection and followed her heart. Caitlyn’s hard work and determination are an inspiration to many youths’ generations to come. She also serves as a voice for transgender women and LGBTQ members in general. 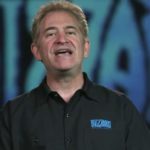 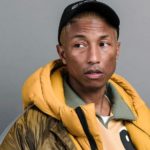